‘Heads up': Maddow explains exactly why the Senate GOP wants to halt the Russia probe ‘in its tracks’ 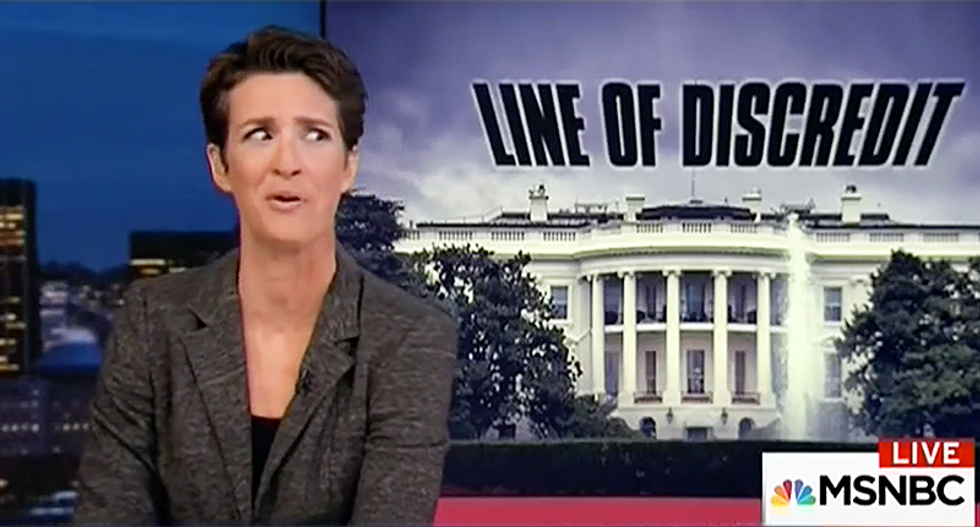 Senate Republicans are desperately trying to stop the investigations into President Donald Trump and his campaign's possible collusion with Russia, according to MSNBC's Rachel Maddow.

The Wednesday opener to her show outlined the Judiciary Committee's task of investigating Trump's alleged obstruction of justice.

"We’re now seeing Republicans on that committee kind of go after the investigation itself in a way that hasn't really been picked up on, in a way that hasn’t been widely reported today," Maddow said. "It’s happening in plain sight.”

Republicans are requesting the exact same documents the FBI got warrants for as it pertains to Trump, the campaign and the White House.

“These Republicans on the Senate Judiciary Committee are now asking about why you started that investigation, what you have, what you submitted to the court, how you got your warrants," Maddow explained. "What they appear to be up to is trying to discredit the FBI for having started this investigation at all. What they are implying is that the whole FBI investigation all stemmed from that dossier of allegations against Trump and his campaign that was published in Buzzfeed in January, the Christopher Steele dossier. They’re saying implicitly that the dossier of materials is unproven and suspect and that that’s what the FBI’s whole investigation is based on, and therefore, it’s nonsense.”

She went on to conclude that the Senate Republicans are “trying to stop this thing in its tracks before it comes to its conclusion."