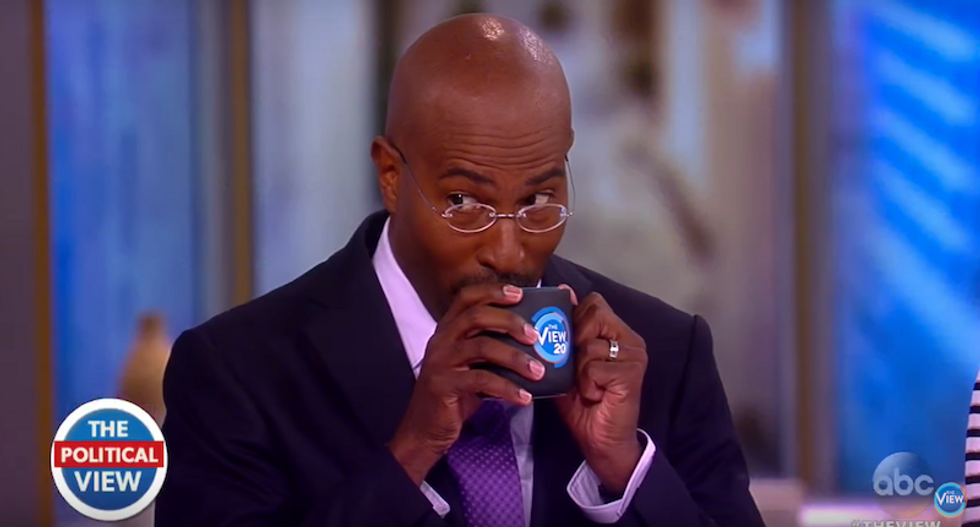 James O'Keefe's right-wing activist group has released another video this week that purportedly shows CNN's own on-air talent believes the Trump-Russia scandal is a media-concocted hoax.

The first video, released by Project Veritas on Tuesday, shows CNN medical producer John Bonifield seemingly agreeing with someone that much of CNN’s coverage of the Trump-Russia scandal is “bullsh*t.”

"The Russia thing is just a big nothing-burger," Jones says in the video. "There’s nothing there you can do."

O'Keefe says in the video that Jones is in "total agreement" with Trump.

"We think this might be the first time this ever happened. Maybe it is because he didn’t realize he was going to be on television."

The problem for O'Keefe, however, is that Jones has regularly downplayed the Russia story as something that progressives and Democrats should not focus on when it comes to challenging the Trump administration.

This past January, for example, Jones said that he didn't want to hear anyone talking about the Russians and using them as an excuse for why Democrats lost to President Donald Trump last fall.

In another segment flagged by CNN, Jones said that while he's glad to see the government investigating Russia's involvement in the 2016 presidential election, he didn't want it to become the focal point of Democratic campaigns.