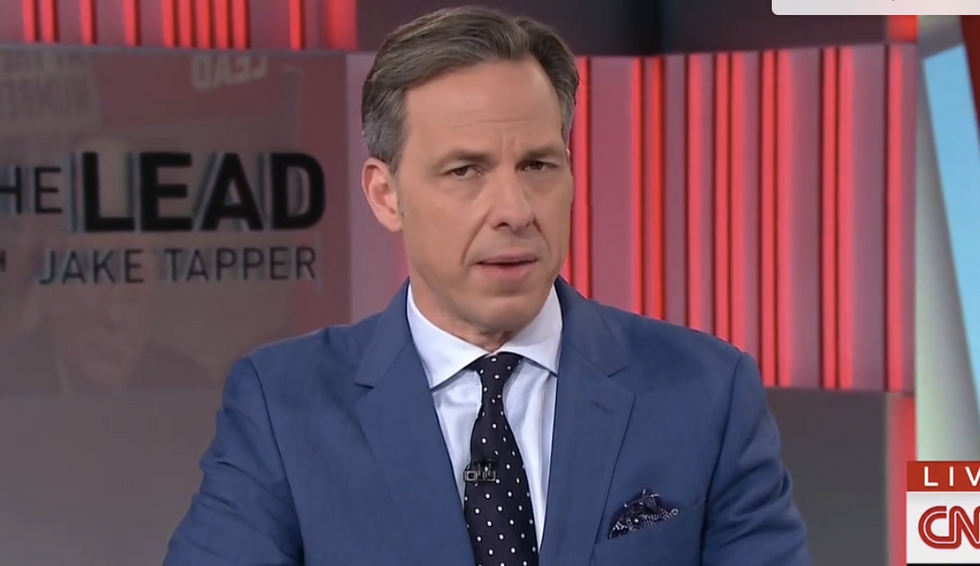 CNN's Jake Tapper began Thursday's edition of the "The Lead" with a broadside against President Donald and First Lady Melania Trump in the wake of Pres. Trump's vile personal Twitter attack on MSNBC's Mika Brzezinski.

"How's that First Lady anti-cyberbullying campaign going, good?" he asked, before launching into a blistering takedown of the president's behavior.

"President Trump taking to Twitter to address an issue of importance to him," said Tapper. "Veterans, jobs, North Korea? Syria? No, he personally attacked cable news hosts, including a nasty comment about the physical appearance of a female host. Now, he's facing bipartisan backlash."

All of this comes, he noted, after Pres. Trump and his daughter Ivanka "bemoaned how nasty Washington and politics are."

"The White House said Pres. Trump was merely 'punching back, fighting fire with fire' since the hosts of 'Morning Joe' have attacked Pres. Trump," Tapper continued. "This is indeed how Pres. Trump sees it, that criticism from the media or anyone needs to be fought back. It's been very clear ever since the campaign banned reporters from the Des Moines Register from attending his events back in 2015 because Mr. Trump didn't like the some of the editorials the newspaper wrote, that he has a problem with criticism."

"This president first came to political prominence, by the way, by questioning whether the first African-American president was born in Africa and was thus ineligible for president. He wasn't," Tapper said.

Jake Tapper brilliant drops some shade at First... by sarahburris