'I don’t think she’s going to put up with it': MSNBC's Mika hints that pal Melania may bail on Trump soon 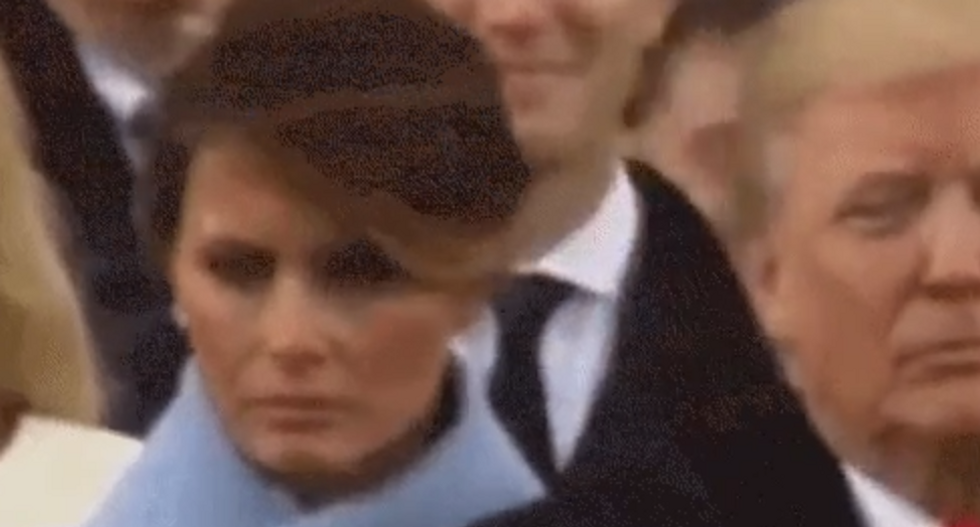 MSNBC's Mika Brzezinski told InStyle magazine Friday that she's "absolutely fine" in the wake of President Donald Trump's nasty personal attack on Thursday, but said she's worried about the country and that Trump himself is "a symptom of a much bigger problem." She also speculated that First Lady Melania Trump is probably going to leave the president at her earliest opportunity.

In an interview conducted directly after Friday's "Morning Joe" taping, InStyle's Sarah Cristobal said, "What a crazy 24 hours. How are you doing?"

She told Cristobal that what happened to her is just a part of a much larger issue and that if the incident leads to a greater understanding of what Trump really is, then it's for the better.

"This is a sign of a much bigger problem for our country than anything about me," she said. "In our own way, we could reveal what he is, and I think it is a disturbing reality."

The attack -- in which Trump tweeted that Brzezinski was "badly bleeding from a facelift" at New Years this year -- was so vile and "unhinged," she said, that "weirdly this is a tipping point" for people's perception of the president.

"You can’t have someone who is so easily played in such an important and dignified position. He is certainly humiliating the office of the presidency in the eyes of many Americans, and most certainly in the eyes of the world," she said.

She went on to say that she knows First Lady Melania Trump, who issued a statement on Thursday defending the president's attack.

"I haven’t talked to her in months, but if my gut is right, I don’t think she’s going to put up with it much longer. I know nothing. That’s just my instinct and I go with my gut and my gut’s always right. I’m just telling you, Melania’s got the worst job in the country and I don’t think she wants do it a lot longer. I think she will do it for as long as she has to for her son, and that’s it," Brzezinski said.

The attack hasn't really hurt her, the co-host said, she has larger things to contend with.

"I’m fine, I don’t feel hurt by this. I feel concerned for our country, concerned about the stability of our president. You know, my father just died. My mother has been ill. My daughter lost a good friend recently-I have had a lot of change in my family. I’m worried about my girls. I’m worried about my family. I miss my dad. I have no bandwidth to even slightly be concerned about a tweet from Donald Trump. This is not an issue personally for me," she said.