'I lost my right engine': Listen to a pilot's terrifying mayday call seconds before his plane crashed 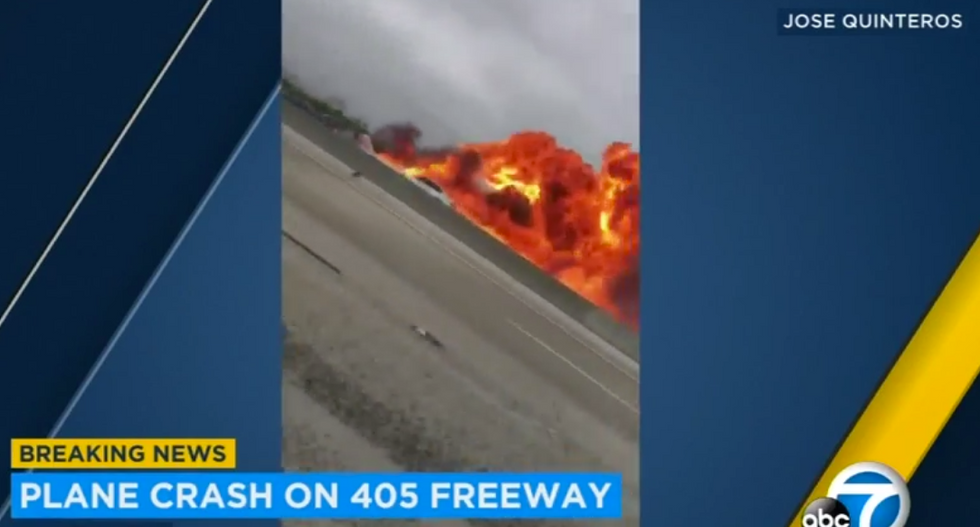 ABC 7 in Orange County, California on Friday published terrifying audio of a mayday call made as a twin-engine airplane crashed into the barrier on 405 Freeway.

Around 9:30 a.m., the Cessna 310 careened towards the ground, as the pilot signaled to ground control for help. “I lost my right engine,” the pilot says in the audio. Subsequent footage shows the plane hitting the freeway and bursting into flames. Two people were injure in the crash.

Witnesses described heroic efforts by onlookers, who ran towards the potentially explosive scene to help those injured by the crash. One person reportedly put his car in reverse and drove into the the flames, while another ran to his car to grab bottles of water.

Listen to the audio below, via ABC 7: