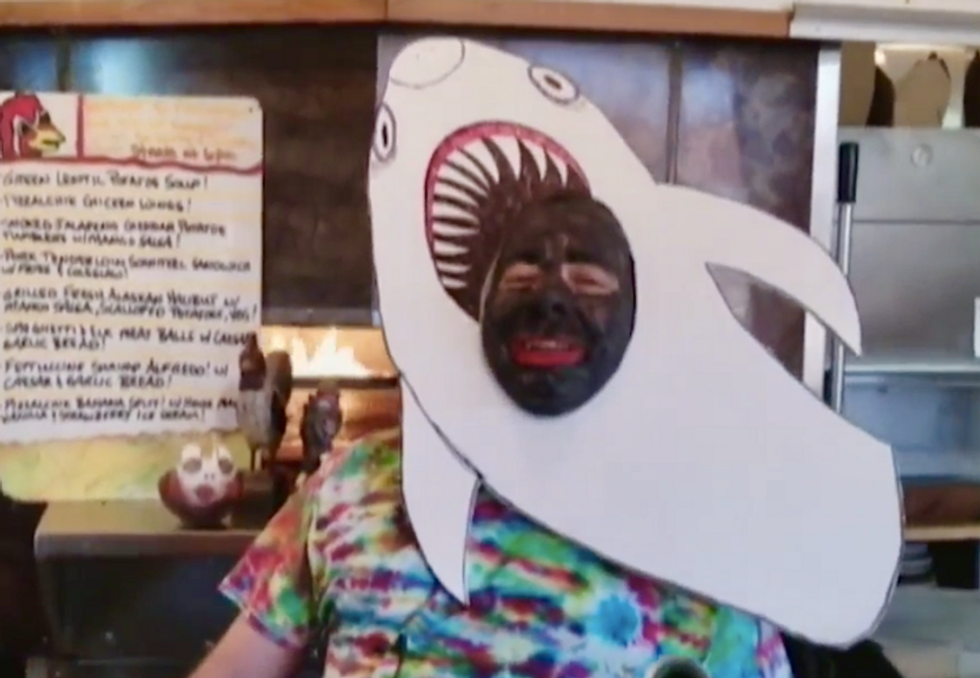 The owner of a Boise, ID pizzeria is apologizing for a video he posted on Facebook with his face painted black as part of an ad campaign.

IdahoNews.com reported Wednesday that Brad Breakell -- owner of "Pizzalchik" restaurant -- is known in Boise for his off-the-wall, quirky promotional videos.

However, Breakell's most recent video, in which he painted his face black, has drawn online accusations of racism.

Playing the character "Jacklynn Jaws," Breakell says he painted his face black in order to look like part of the open mouth of a cardboard shark. He insists that his intent was not racist.

Now the anger at Breakell is spilling over into the real world.

"My children have taken harassing phone calls," he said. "People have been phoning and ordering hundreds and hundreds of dollars of pizza with no intent to pick any of this stuff up."

The restauranteur has taken the video down and issued an apology. He says he intends to continue to make humorous promotional videos, but said in the future he will take special care to think about how his characters will make people feel.