'If he goes down, they go down with him': GOP won't abandon Trump while his base holds, says journalist 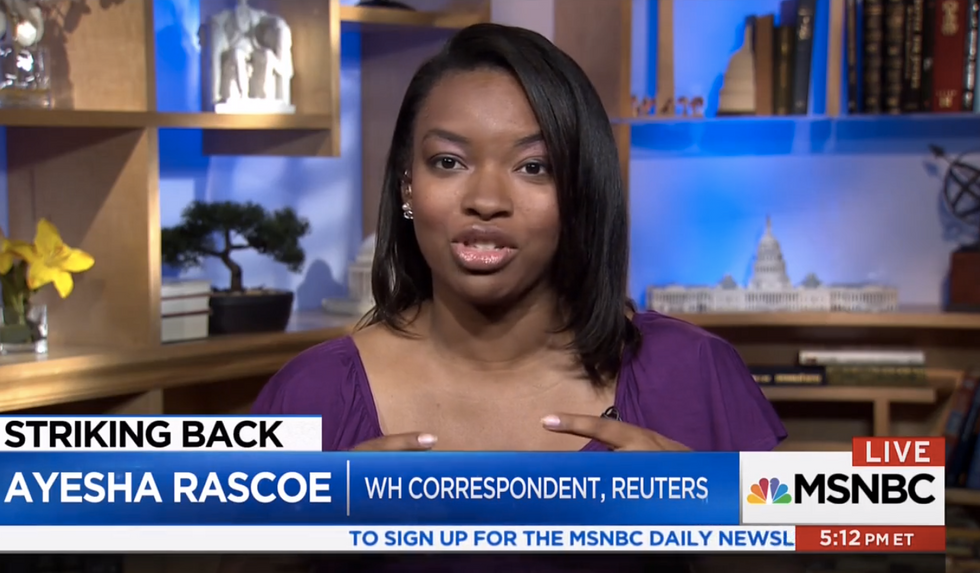 Washington Post journalist Ayesha Rascoe said on Saturday that Republicans in Washington will never abandon President Donald Trump as long as he remains popular with the GOP base, who have remained faithful to the president in spite of his many scandals and missteps in office.

In an MSNBC panel discussion of whether fired FBI Director James Comey's testimony on Capitol Hill Thursday damaged Trump's support with Republicans, Rascoe said that the rank and file GOP will remain loyal to the president no matter what he does so long as his support remains firm among Republican stalwarts.

"I think what Republicans are looking at is that they're obviously right now tied to Trump," Rascoe said, "and if he goes down, basically, they will go down, too. So, I think at this point, as long as the base stays with President Trump, the Republican Party will stay with President Trump."

Unease is spreading among some elected Republicans that the administration's ineptitude will damage their prospects for re-election in 2018. Current polls show that Trump's popularity continues to fall with most Americans, scraping historic lows at 37 percent approval. However, his report among most Republicans remains strong.