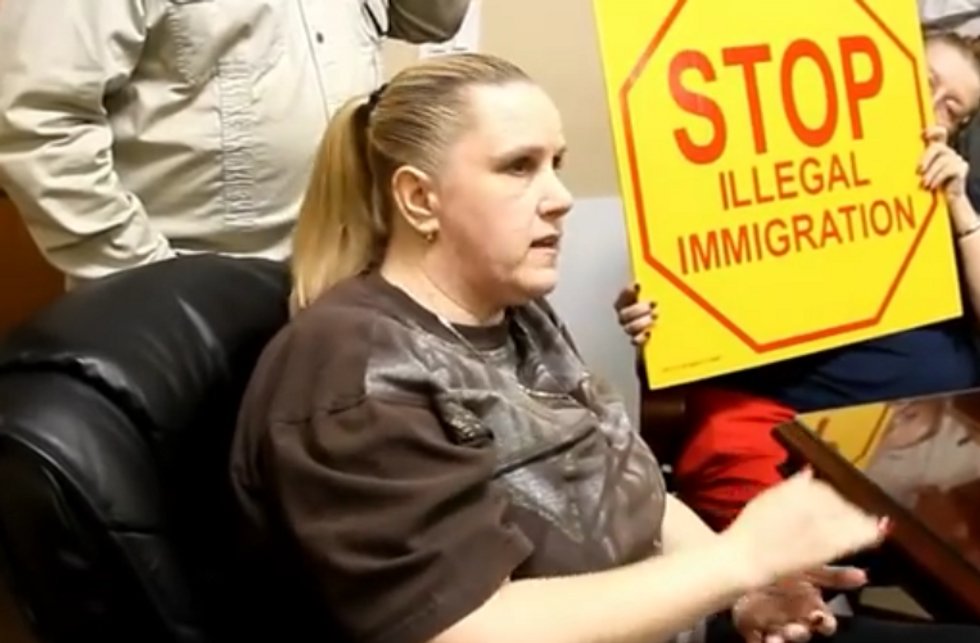 Brenda Sparks, whose son was killed by an undocumented immigrant in 2011 (Screen cap).

A group of people who have been victimized by crimes committed by undocumented immigrants now say they've been "abused and exploited" both by President Donald Trump and by a non-profit group that was purportedly trying to help them.

In an interview with Politico this week, so-called "angel mom" Brenda Sparks says that she feels that Trump and the Remembrance Project organization used her son's death at the hands of an undocumented immigrant in 2011 to gain money and power -- and then left her and several other families like hers with nothing to show for it.

Sparks alleges that the Remembrance Project -- a non-profit group that says it's dedicated to "educating and raising awareness of the epidemic of killings of Americans by individuals who should not have been in the country in the first place" -- used their stories to raise money but didn't do anything to help them out financially, despite the organization's suggestions that it would.

Other families interviewed by Politico said they still believed in Trump, but felt they'd been lied to by Remembrance Project founder Maria Espinoza.

"The family members of six victims and three allies who’ve turned away from the group describe Espinoza as an over-promiser who used them to get close to Trump, and to boost her own profile and influence," the publication writes.