In an unprecedented court escalation, Trump protesters could be facing decades in prison for Inauguration demonstrations 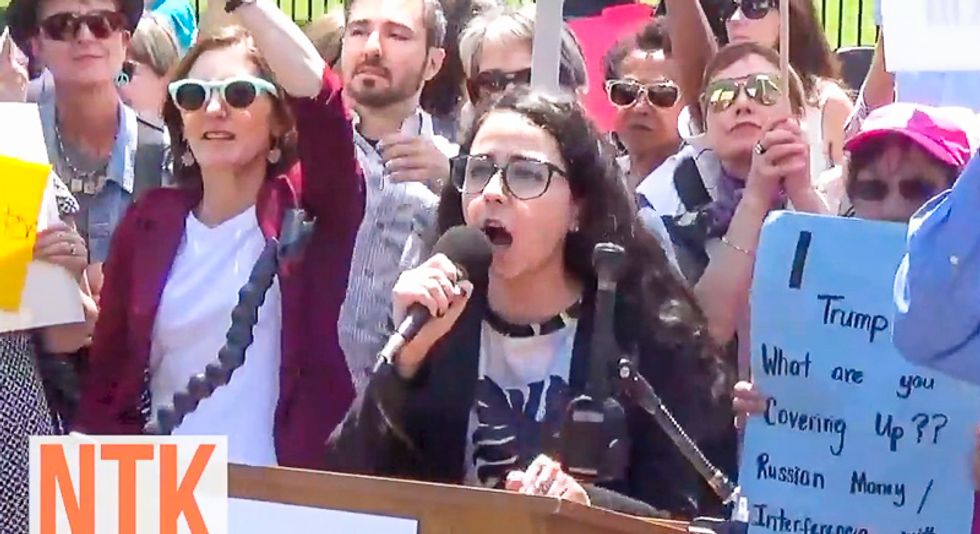 Nearly six months after Donald Trump was sworn into office, more than 200 protesters who gathered in Washington, D.C. to protest his inauguration are facing felony charges that carry sentences of 70 to 80 years.

According to Al Jazeera, the 212 protesters were arrested by the Metropolitan Police Department and initially charged with felony rioting, a crime that carries a 10-year prison sentence and a $25,000 fine. On April 27, the Superior Court of the District of Columbia added additional charges that include urging to riot, conspiracy to riot and destruction of property.

The possibility of long-term prison sentences for these protesters could have a chilling effect on participation in future rallies, particularly at a time of heightened levels of anti-Trump activism. While it's unclear whether police departments will respond to large-scale political protests in a similar fashion, a dangerous precedent has been set. These legal actions may also infringe on the demonstrators' First Amendment rights, as they directly target anti-Trump protest movements.

Olivia Alsip, a 23-year-old from Chicago, told Al Jazeera she never envisioned participating in the anti-Trump protests on inauguration day could leave her facing an 80-year prison sentence: "It seems that innocent until proven guilty is a falsehood—all the way from the prosecution and police to the people who had previously supported me in my activism.”

Alsip and the other defendants face the additional strain of having to pay for travel expenses to and from Washington for each of their court hearings before they go to trial. "Most of us don't have a whole lot of money," she said. "Generally we are fighting the rich because we are economically or politically disadvantaged and don't have a lot of capital."

As political protests and civil disobedience reach their highest levels since the 1960s, 18 states have responded by proposing over 30 bills aimed at suppressing demonstrations by increasing and expanding penalties for protesters. A new law in Missouri prohibits protesters from covering their faces with masks or other disguises. Florida, Tennessee, Georgia and Iowa have introduced bills that call for increased penalties for blocking traffic and demonstrating on private property.

The American Civil Liberties Union has called these new laws “unconstitutional,” vowing to “fight in statehouses against any bill that violates the First Amendment.”

While several defendants have pleaded guilty to shorten their sentences, about 130 of the defendants have joined a "points of unity" agreement pledging to reject any potential plea deals and cooperation with prosecutors. On May 26, 21 defendants filed motions to have their cases dismissed.

Following the January 20 arrests, lawyers for some of the arrested protesters filed a class action lawsuit against the MPD alleging that law enforcement engaged in excessive use of force and conducted false arrests. The Office of Police Complaints, a D.C. government agency, has called for an independent investigation evaluating the actions of MPD officers that day.