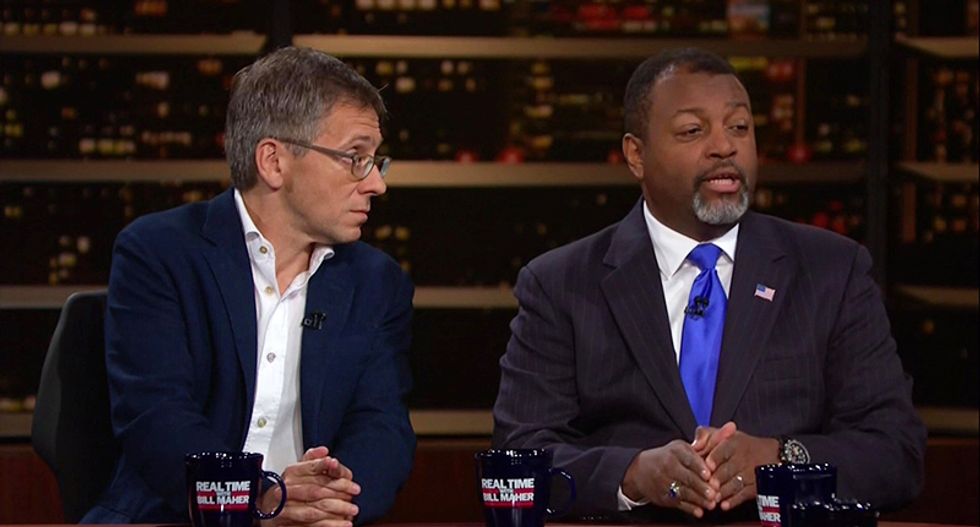 Nance noted that the one thing the news hasn't gotten enough attention is that domestic violence is the number one predictor of mass violence.

"I'm surprised there has been so little political violence so far in this country," Bremmer confessed. "I think we should all be thankful for that."

Bremmer went on to say that each side thinks the one on the other side is truly evil. "All of us have experienced that kind of hatred and the trolls," he said. As a result, "our tolerance of that has become so much greater." Thus, Americans are too often inure by it.

"Mental health care is now performed by the police," Nance also said of the shooter. "He was cured of his affliction."

Maher wants to see Trump "take a little responsibility for it."

"We have a toxic political environment and a president unwilling and constitutionally incapable of apologizing for anything he has ever done or considered. That is obviously a big problem in our society," Bremmer said. He's grateful to seeing the members of both parties on the baseball field "hugging it out," however.

During a discussion of Megyn Kelly's interview with InfoWars head Alex Jones, Nance explained that he always supports the First Amendment and the right for other voices to be heard. However, "I spent my entire life warning of threats....Infowars is its own bubble...they are in their own crazy space," he said.