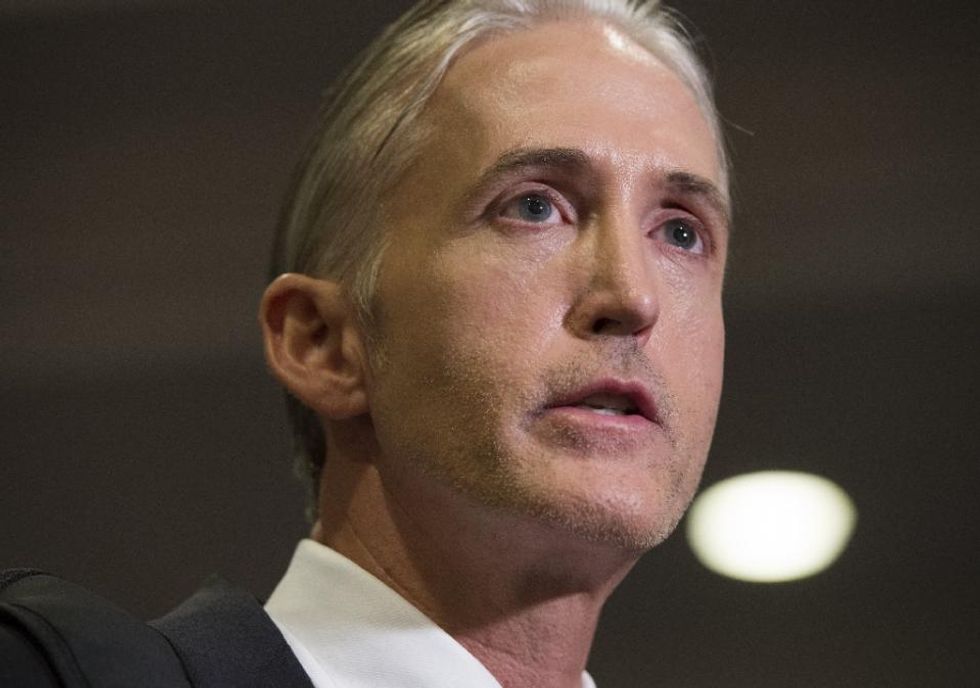 Rep. Trey Gowdy (R-SC), who is taking over the House Committee on Oversight and Government Reform from the departing Rep. Jason Chaffetz (R-UT), said on Friday that he will not pursue any investigation into Russian interference into the 2016 presidential election.

Politico reports that Gowdy told reporters on Friday that he "wants to return the Oversight panel to its original 'compulsory' jurisdiction, including overseeing more mundane issues like government procurement and the Census."

In making his case for dropping the probe, Gowdy said that he didn't want to interfere with the work being done by special prosecutor Robert Mueller, and he suggested that the House Judiciary Committee and the House Intelligence Committee were more natural fits to investigate the scandal.

“Allegations of criminal or quasi-criminal activity is squarely within Mueller’s jurisdiction,” Gowdy said. “So the process by which security clearances are granted, if that needs to be tightened, amended, changed, I’m all for it. The revocation of previously existing security clearances... we don’t investigate crime."

Even though Chaffetz has often proved to be a lightning rod for criticism from Democrats, in the past he did hold multiple hearings on the Russia scandal while he chaired the House Oversight Committee.