Is the new religious left a marketing dream or a political reality? 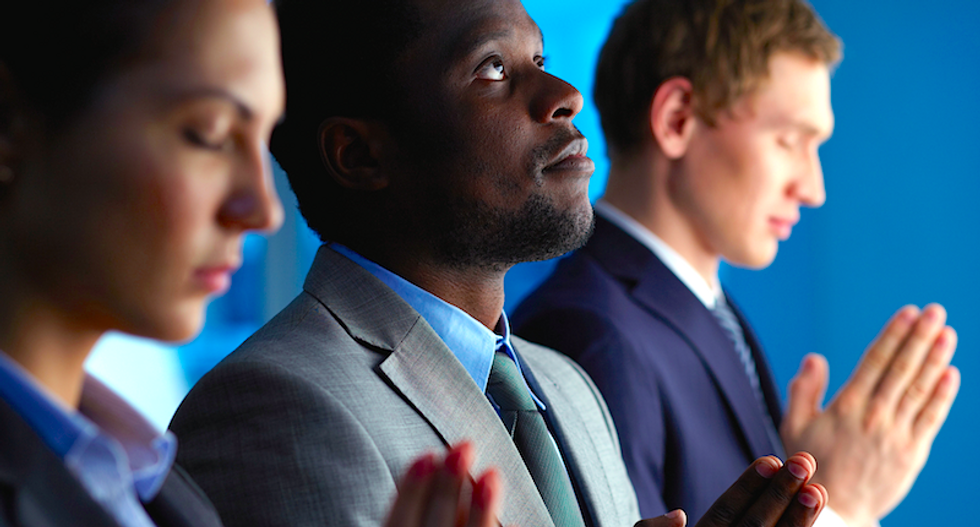 Laurie Goodstein is to be complimented for a long, detailed article on the religious left published on the front page of last Sunday’s New York Times. I liked it. I disagree with nearly every point it makes.

I mean this sincerely. Goodstein took the time to interview the major players and get the details right, something that’s unfortunately not as common as it should be in religion reporting. She included the voices of at least a few skeptics (including, full disclosure, me), and she listened carefully to the religious left to hear their vision of what the movement is and could be.

I meant what Goodstein quotes me as saying: “The movement never does arrive.” The modern religious left as it’s developed since the turn of the millennium has been “hungry to break the right’s grip on setting the nation’s moral agenda” since 2005. It’s how they claim a broad middle-of-the-road mandate, as though political polarization were only a factor of extremists on either end of the spectrum, rather than a soul-sucking force quickly subsuming all of American society.

They’ve been trying to claim the centrist mandate by saying this for ten or twelve years, too:

Frustrated by Christian conservatives’ focus on reversing liberal successes in legalizing abortion and same-sex marriage, those on the religious left want to turn instead to what they see as truly fundamental biblical imperatives — caring for the poor, welcoming strangers and protecting the earth — and maybe even change some minds about what it means to be a believer.

“We’re in a real battle for the soul of faith, of Christianity, of this nation,” said the Rev. Troy Jackson, executive director of the Amos Project, a multifaith social-justice coalition in Cincinnati.

This approach, as I have pointed out time and again, marginalizes the voices of people who think the rights of women or the LGBT community should be of equal concern as other social and economic issues, and allows male-centered leaders like Jim Wallis to set the agenda. It’s true that Rev. Barber and the Moral Mondays movement helped oust Pat McCrory over his support for North Carolina’s noxious “bathroom bill.” But you’ll notice that bill has only been partially repealed, and in the meantime, GOP legislatures across the US continue to chip away at women’s right to control their own bodies.

Despite Dr. Barber’s willingness to embrace LGBT rights, there doesn’t seem to be a holistic understanding in the religious left movement overall that women’s concerns are queer concerns are African-American and Hispanic concerns are economic concerns are environmental concerns. In their zeal to hold together a very diverse coalition, the religious left has been forced to downplay the issues they can’t agree on and play up the ones they can. Which is politics—except there are many left-of-center people, both religious and secular, who don’t think it’s an acceptable trade-off, for reasons both principled and pragmatic. And so the movement never does coalesce.

The “battle for the soul of the faith” also leaves more than a few people cold. Secular citizens and “Nones”—who are not the same, though they often share the same concerns—couldn’t care less about the battle for somebody’s soul. I have a hard time imagining many Muslims or Jews are very invested in taking back Christianity, either.

For that matter, there are Christians such as myself who are leery of making social justice the measure of faith, particularly when the concept becomes identified with one end of the political spectrum. I at least think it does a disservice to the people I serve, and it impoverishes the many rich threads of Christian life.

We’ve heard too time and again that young evangelicals are steadily becoming more progressive, more concerned with social justice. Then 80% of evangelicals voted for Trump.

We’ve heard about the stand-offish position of Democratic pols post-Carter. Usually Dukakis plays the bête noire, but here it’s Gary Hart. We’ve heard about the Democratic embrace of reproduction rights keeping religious voters out of the party. We’ve heard about Hillary Clinton not reaching out to evangelicals. We’ve heard Jim Wallis complaining about liberals’ supposed hostility to faith costing them faith votes. It seems like it’s obligatory for any piece on religion and politics to include a quote from him saying that. Likewise, it seems obligatory to include a conservative voice questioning lefties’ religious bone fides.

We’ve heard many, many times that the religious left is on the rise, that something is changing in politics and they will soon become a force to be reckoned with.

That last one might actually be true. As Jack Jenkins of ThinkProgress likes to point out, there are many vibrant local and state-level faith-based advocacy organizations working in effective coalition. Goodstein points to PICO, and there are others, particularly the various state Councils of Churches. I’m curious to see if Barber’s revival of the Poor People’s Campaign will come to anything. If it does, it will be good evidence that the religious left is risen indeed.

As for the rest of it: if I sound like a broken record, it’s because I’m responding to a broken record. I think I’ve responded to every substantive point raised above over the last ten years, yet they keep coming back time and again. Why? Because it makes a much more satisfying narrative than the truth: the religious left just doesn’t have a lot of juice these days, and it probably won’t for the foreseeable future.

And yet, I appreciated this article. It lays out well the self-understanding of the institutional religious left, such as it is. Whether it reflects what the religious left could or should be is another question.

Because the institutional religious left, as it currently exists, is cautious, centrist, allergic to controversy—to the point that many of its leaders won’t identify themselves as liberals, much less progressives or leftists. Some of them won’t even admit they’re engaged in politics. The religious left relies far too much on star power and a history of activism that fades in relevance with each passing day. It focuses on moral suasion and witness to the detriment of exercising the real levers of power in modern politics. It does not take the concerns of secular citizens seriously enough, and is at times openly contemptuous of them. It so prizes unity and coalition building that it enables hegemonic voices to continue to dominate the conversation from within and fails to recognize the reality of a divided society outside.

I wonder what will happen when Dr. Barber inevitably says something that offends. It will happen, as it does to any preacher, deserved or not: he’ll anger the right by letting drop an ill-considered word of support for Black Lives Matter (or one that’s taken out of context for funsies by Fox News). Or he’ll push his luck too far in criticizing Trump, or stand up too firmly for gay and transgender rights or reproductive rights, or criticize some organization for its institutional racism. It could be any of a dozen things or any of a dozen targets, left or right. But sooner or later, he’ll tick somebody off, and then there will have to be a choice. Either he’ll stand by his words and be marginalized—more or less kicked out of the movement—or he’ll recant, and the prophetic voice that is so prized will be sanded down. Or perhaps the refinement will take place gradually, as it does to so many, turning Amos into just another court prophet, honored but unheard.

The religious left movement is stuck between the universalism of its aims and the particularity of the people who constitute it. It’s time to disaggregate things. Whenever we hear about Christian social ethics or Christian morality, we have to ask: whose Christianity? In the same way, when we speak of a religious left, it’s worth asking: whose religion? Whose leftism?

Those questions require answers for the movement to be effective in its current form. The homogeneity of the Religious Right gives it a great structural advantage in forming consensus and acting upon it. They only have to reflect the views of a small slice of the American public. The religious left, diverse as it is, doesn’t have that luxury. They can’t avoid hard choices forever.

At least, they can’t if they want to remain in their current form. There are alternatives, which I will propose in a separate article.

This article has been edited to correct Jack Jenkins’ place of employment. ThinkProgress is owned by, but editorially independent of, the Center for American Progress. Sorry, Jack.