'Is this how humans hug?' Internet cringes at Marco Rubio's failed attempt to embrace Ivanka 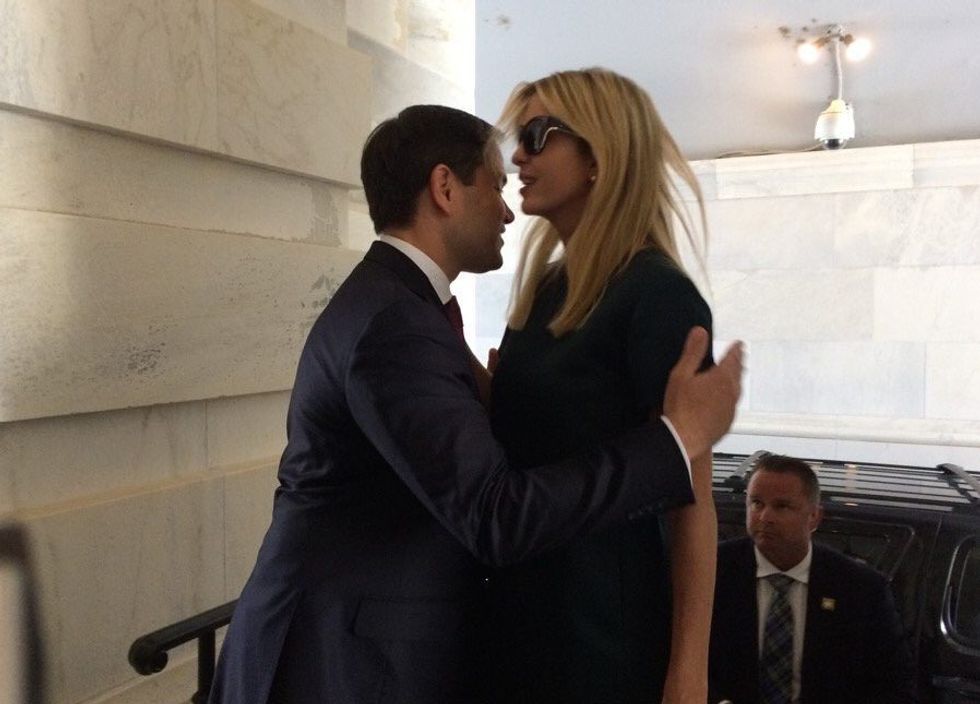 First Daughter Ivanka Trump went to Capitol Hill on Tuesday to talk about her new child tax credit proposal -- and she was greeted by Sen. Marco Rubio (R - FL), who awkwardly tried to embrace her.

As shown by photos taken at the start of their meeting, Rubio put his arms around Ivanka in an attempted hug, but Ivanka refused to return his embrace and kept her arms at her side while looking straight ahead.

Twitter quickly lit up with people mocking Rubio's awkward hug attempt, as many users thought it reminded them of the senator's infamous "glitchy robot" debate performance that doomed his presidential candidacy in 2016.