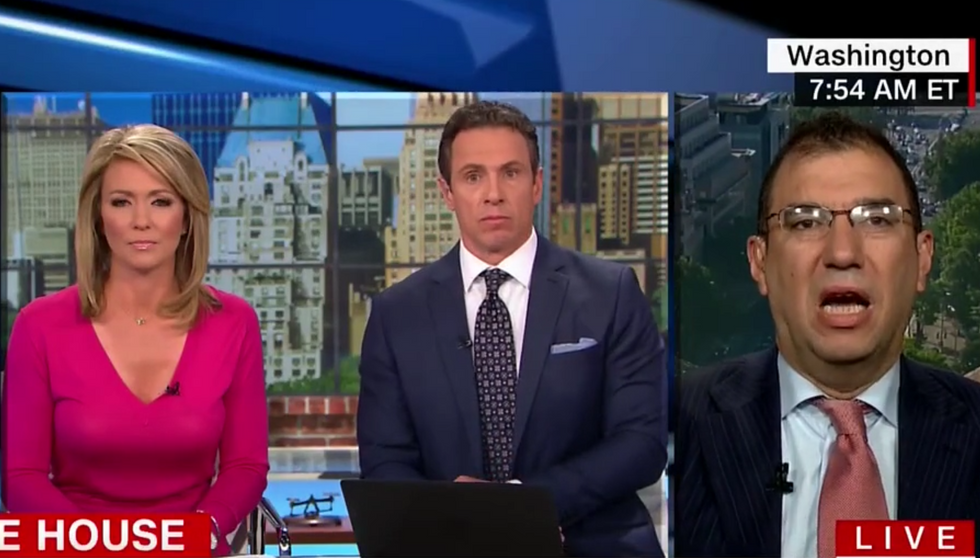 Andy Slavitt, the former acting Administrator of the Centers for Medicare and Medicaid Services, went on CNN Wednesday to share what he's learned about the Senate Republicans' Obamacare replacement plan -- and so far, he thinks it's very bad news.

Appearing on New Day with Chris Cuomo and Alisyn Camerota, Slavitt said that he spent some time in the Senate on Tuesday, where he tried to scope out details about what Republicans are planning behind closed doors.

"I spent a better part of the day in the Senate yesterday, and as near as I can tell, the best way I can describe it, is we're going to get something like a Frankenstein monster of health care," he said. "This is going to be something that very few can love. It's going to end Medicaid as we know it, the question is only how quickly. And in order to get a better score from the [Congressional Budget Office], they're going to make the tax credits look more like Obamacare tax credits, only without any money to do it."

Slavitt predicted that every Democrat and even "half" of Republicans are going to hate the legislation, which won't reduce premiums while at the same time reducing the number of people covered by health insurance.

"It's really just a monstrosity that the leaders put together to figure out how to get enough people to like it," he said.