‘It’s like dealing with a five-year-old’: MSNBC's Mika calls out Trump for 'lying' about Comey recordings 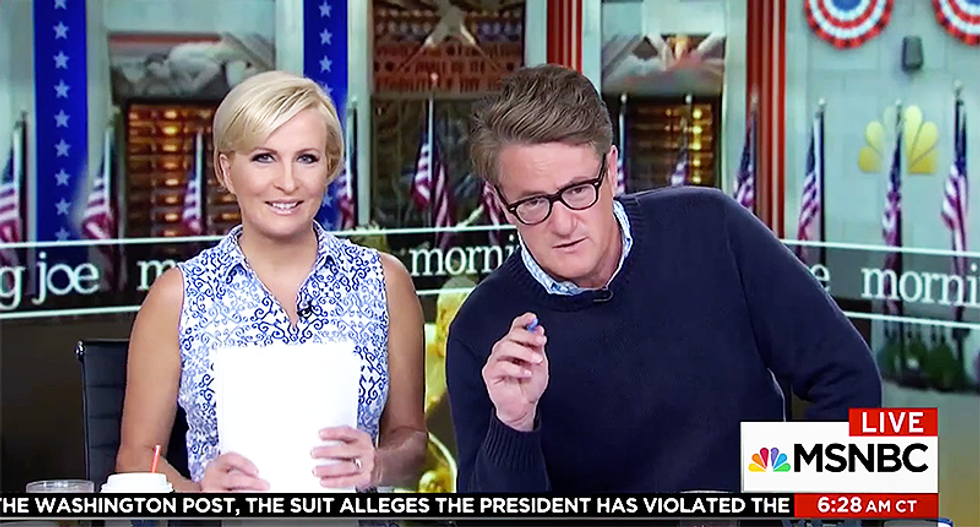 “Does anybody here think there are tapes?” asked co-host, Joe Scarborough.

“I’m not going to get personal, shrill, or over the top, I’m just not because it’s totally boring,” Brzezinski replied. “It’s like dealing with a five-year-old, and if you react to a five-year-old they get worse. So instead I’m going to say ‘yes he’s lying about tapes’ just to string them along.”

After a rambling commentary about The Beatles, Scarborough agreed it was unlikely there were tapes.

“There are no tapes,” Brzezinski said again. She went on to say that it reminded her of a promotional tape of "The Apprentice" that never delivered.

“This is more like, 'next on The Apprentice are there tapes or no tapes? We’ll be right back with the answer.' And then you come back from the break and they’re like ‘are there tapes, we’ll let you know next week on 'The Apprentice,'” she said.