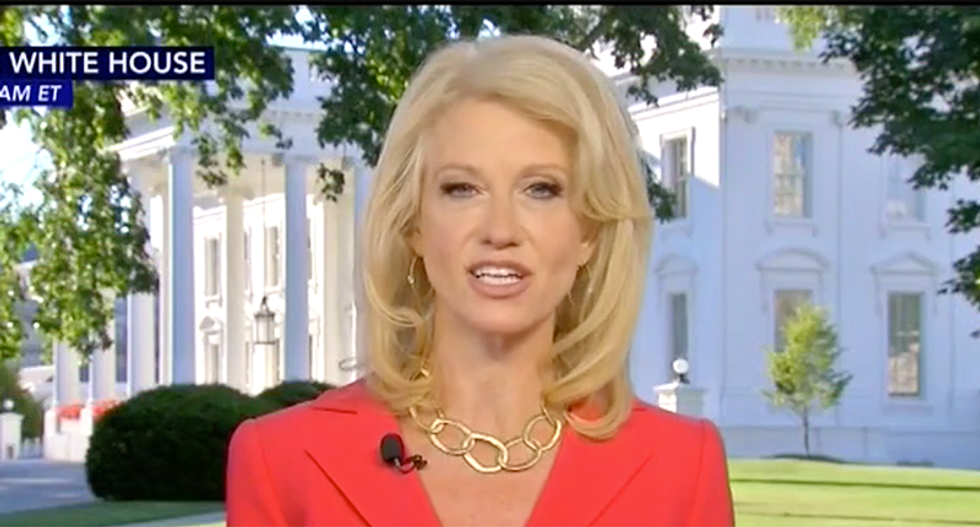 Kellyanne Conway doubled down on her claim over the weekend that the Senate version of the healthcare bill did not cut Medicaid.

During an appearance with "Fox and Friends," Conway swore it wasn't "a lie."

"In fact, this is slowing the growth of Medicaid and allowing governors more flexibility in their states to be able to give the dollars out as they — because they are closest to the people in need," she told the panel.

The Republican healthcare plan replaces federal investments in Medicaid and passes it onto the states and will ultimately, completely phase out the program as we know it today. Still, Republicans like Conway and others are hoping they can claim the cuts aren't there and Americans will believe it. A new poll reveals only 38 percent are aware that the bill would cut it.

"Also, Medicaid continues to be funded," Conway continued. "Medicaid over time would be unsustainable and unaffordable because ObamaCare failed to bring the costs down for healthcare, so the states are having very difficult time meeting the bills. Medicaid is intended for the poor, the needy, and the sick."

She went on to claim that Obamacare grew the people on Medicaid, while the GOP healthcare plan seeks to get people off the plan who she said shouldn't be on in the first place.

"What it’s done under ObamaCare it’s expanded the Medicaid pool of people who, quote, qualified beyond that. So if you have an able bodied American not poor, sick, needy," Conway said. "We’re not talking about the elderly, the children, the pregnant women, the disabled. If you are able-bodied and you would like to go and find employment and employer-sponsored benefits then you should be able to do that."

Trumpcare would actually put a cap on Medicaid spending, so if there was no more money available for children, pregnant women or the elderly, they wouldn't get care either.

Kellyanne Conway doubles down on Trumpcare not... by sarahburris