Ivanka Trump complains to Fox News: ‘There is a level of viciousness that I wasn’t expecting’ 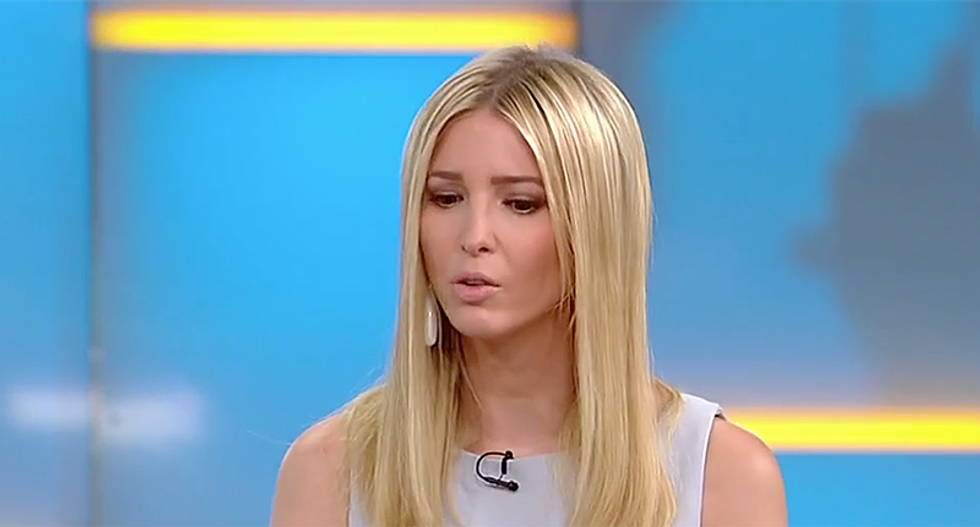 In a Monday interview with "Fox and Friends," Ivanka Trump talked about her surprise of the harshness of Washington, D.C.

Co-host Clayton Morris incorrectly stated that there were 9 million people watching the testimony last week from former FBI Director James Comey. There were approximately 18 million who viewed it. Trump quickly pivoted away from Comey to talk about the White House efforts to improve the nation's infrastructure.

When asked if it was harder than she thought to get things done in Washington, the presidential advisor admitted that it left her surprised at the rancor in the city.

"It is hard," she began. "There is a level of viciousness that I wasn't expecting. I was not expecting the intensity of this experience."

Trump's words come six years and three months after her father's first accusations about former President Barack Obama not being born in the United States and being an illegitimate president. The conspiracy theory took root and followed the elder Trump throughout the campaign until he was forced to acknowledge that Obama was actually born in Hawaii as his birth certificate says.

"This isn't supposed to be easy," Trump's daughter said. "My father and this administration intends to be transformative and we want to do big bold things and we're looking to change the status quo. So, I didn't expect it to be easy. I think some of the distractions and the ferocity, I was a little blindsided by on a personal level. But for me, I'm trying to keep my head down, not listen to the noise and just work really hard to make a positive impact in the lives of many people."

Trump went on to say that her challenges in the White House pale in comparison to the laid-off factory worker or the person fighting opioid abuse.