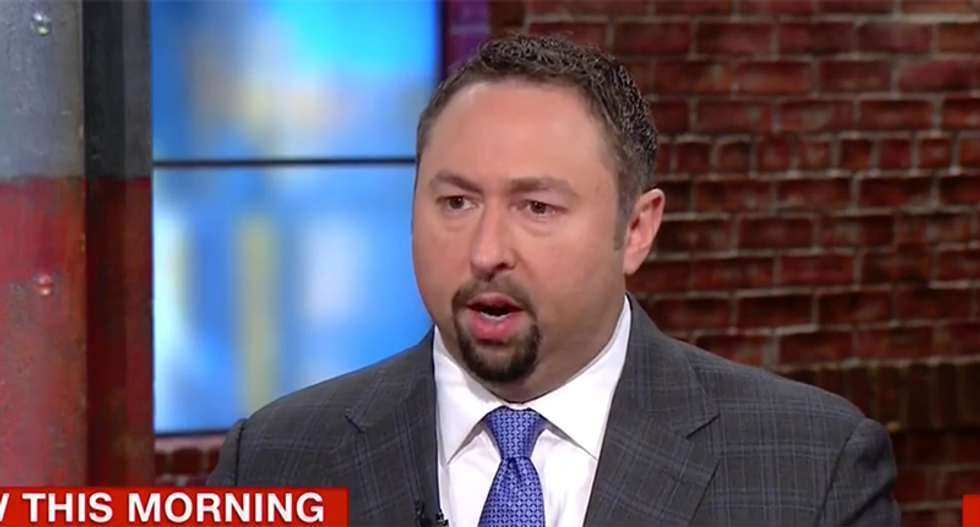 Jason Miller, a former communications advisor to President Donald Trump, echoed the White House talking point that the president should be able to attack MSNBC's Mika Brzezinski because she has made personal comments about him. However, Miller thought that she should have taken the high road instead of "punching back 10 times harder."

"What I would have said is, 'look, let's go and call out the fact that Joe and her had been attacking you for weeks and months now,'" Miller said about his own suggestion for deputy press secretary Sarah Huckabee Sanders.

"The fact they have attacked his mental state and compared him to someone with dementia," he continued. "They call him an embarrassment on the world stage and go and lay these different comments out and make them go and defend their previous comments. The way the president laid it out, it gave an opening for folks to come back and criticize him. But he has every right to come back and push back."

In the next breath, however, Miller said that Brzezinski doesn't also have that same freedom.

"I think today got a little too heated and obviously that's why we're talking about it right now but I do think it is important that we call attention to the fact how much negativity has been there. I think she really missed an opportunity to take the high road here."

In a later question about how Miller talks to his eight-year-old about these issues, Miller completely avoided the issue and chose to talk about Kathy Griffin's photo that was overwhelmingly denounced.

Jason Miller defends Trump for punching back... by sarahburris