Jeffrey Toobin rails against GOP talking point: ‘You know why he didn’t quit? Because he was fired!’ 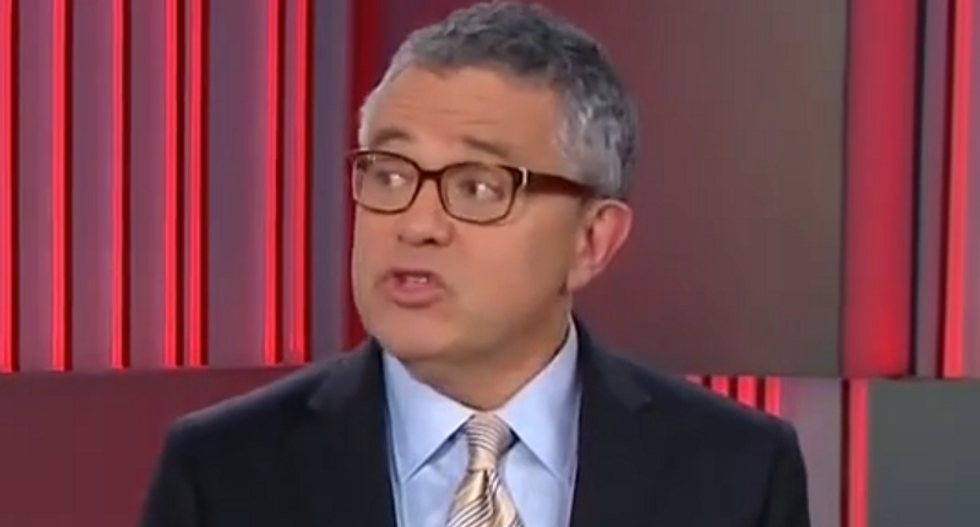 CNN legal analyst Jeffrey Toobin has been an indispensable source for citizens seeking to understand the investigations into President Donald Trump and his campaign associates.

The former editor of the Harvard Law Review worked as associate counsel to Independent Counsel Lawrence Edward Walsh during the Iran-Contra affair and Oliver North's criminal trial, followed by service as an Assistant U.S. Attorney in Brooklyn.

Yet when CNN host Erin Burnett wondered why James Comey didn't resign, it did not take much of Toobin's legal skill to respond.

"You know another reason he didn't resign?" Toobin asked out loud. "Because he was fired!"

"This all happened pretty fast, this guy's only be president for 130 days," Toobin pointed out.

Toobin had a hard time maintaining composure as he was clearly amused by the idea.

"He was trying to keep his investigation together and then he just gets fired," Toobin said, by this point laughing.