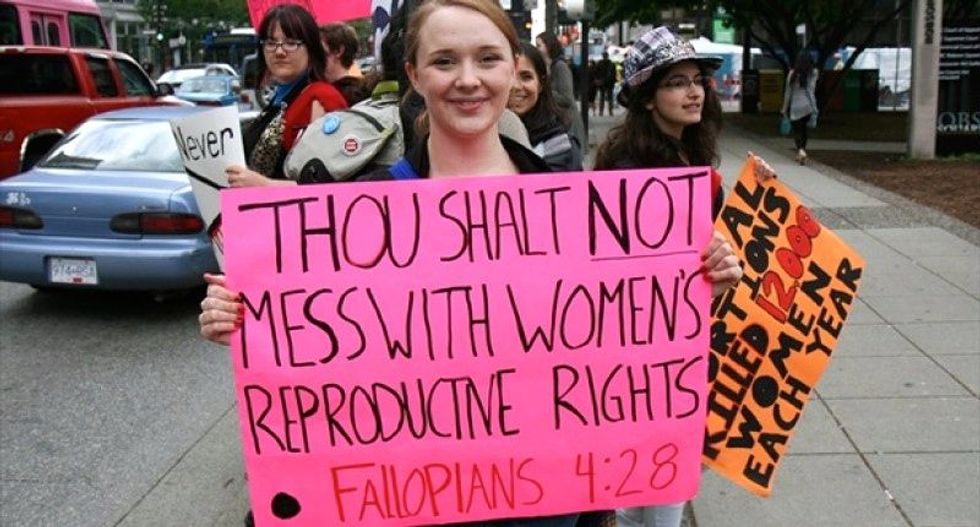 Indiana may appeal a U.S. court ruling that blocked parts of the state's latest abortion law that critics said would deter girls under 18 who lacked parent approval from getting an abortion, the state attorney general's office said on Thursday.

Indiana law already required parental consent for minors unless a judge provided a waiver known as a "judicial bypass." The new law allowed the judge to notify parents if the waiver is granted, and was scheduled to take effect July 1.

Planned Parenthood of Indiana and Kentucky and the American Civil Liberties Union of Indiana sued to stop the law in May, arguing it created an unconstitutional burden on minors and would create a chilling effect.

Corey Elliot, a spokesman for the Indiana Attorney General, said in an interview that his office was reviewing the decision to determine whether they would appeal.

The judge also blocked provisions that barred abortion clinics from talking with teens about options in other states, and more stringent identification requirements for parents before their child gets an abortion.

"This decision affirms that the state must continue to provide a safe alternative for young women who - whatever their circumstances - are unable to talk to their parents about this difficult and personal decision," ACLU of Indiana Legal Director Ken Falk said in a statement.

The Indiana State Department of Health recorded 244 abortions in 2015 of girls aged 10 to 17, roughly 3 percent of the state total.

The U.S. Supreme Court has held that a minor who is unable or unwilling to obtain parental consent for an abortion must be allowed to proceed if a judge determines that she is sufficiently mature to make the decision herself or that an abortion is in her best interest, the ACLU said.