Kellyanne Conway: ‘If I was shot and killed tomorrow, half of Twitter would explode in applause’ 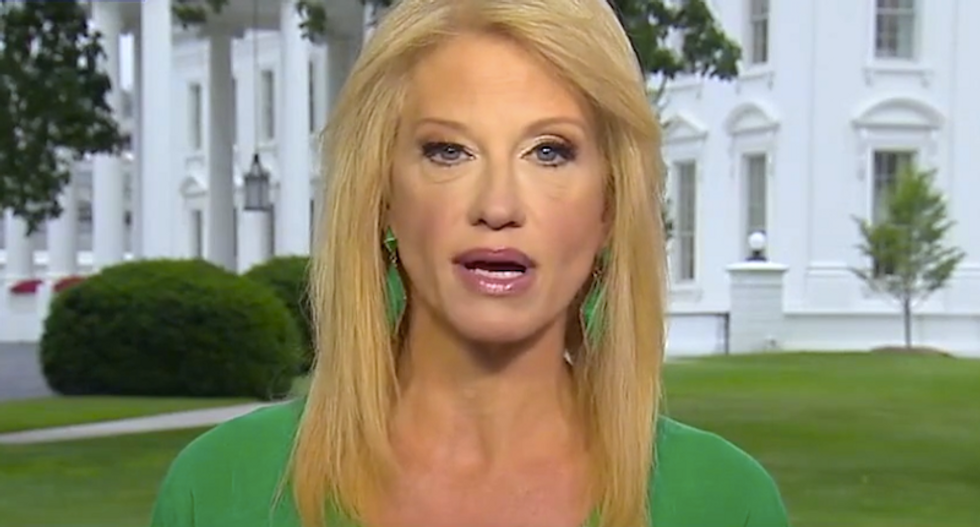 Kellyanne Conway blamed the shootings of two Republican congressman on critical media coverage of the Trump administration and suggested her own critics would cheer if she were killed.

The White House adviser appeared Friday morning on "Fox & Friends," where she complained about the media coverage on the day GOP majority whip Steve Scalise and Rep. Roger Williams (R-TX) were shot and wounded, along with three others, while practicing for a congressional baseball game.

"I went back and looked at exactly what was being discussed on all the TV shows, except yours, at 7:09 a.m. on Wednesday, when this happened, and it's a really curious exercise, because as Steve Scalise was fighting for his life and crawling into right field in a trail of blood, you should go back and see what people were saying about the president and Republicans at that very moment," Conway said. "Of course, they had to break in with the news of this tragedy, and since then there's been some introspection -- some quieter, more muted voices toning down the rhetoric."

"But look at Twitter," Conway continued. "If I was shot and killed tomorrow, half of Twitter would explode in applause and excitement -- this is the world we live in now."