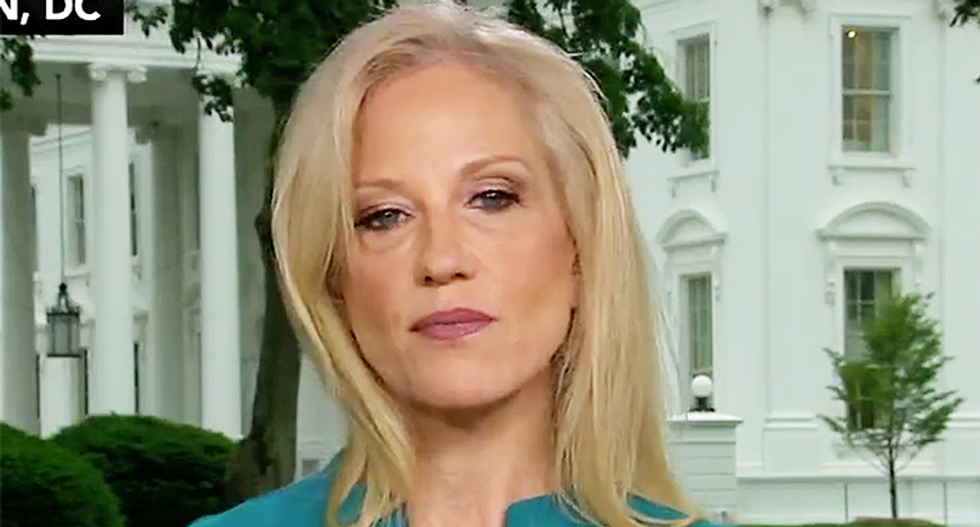 Kellyanne Conway has a history of making claims about the status of Donald Trump’s administration that turn out to be false.

Take, for instance, her May 10 claim that Trump’s decision to fire former FBI Director James Comey had “nothing to do with the campaign from 6 months ago” but “everything to do with the performance of the FBI director since the President has been in the White House.”

That statement directly contradicted the White House’s official talking point, which at the time focused on a memo penned by Deputy Attorney General Rod Rosenstein that outlined Comey’s missteps during the 2016 presidential election. That line would eventually be contradicted by Trump himself, who told NBC’s Lester Holt the move was inspired, at least in part, by the FBI’s counterintelligence investigation into Russia and possible collusion with the Trump campaign.

On Wednesday, Conway was asked whether Trump still has confidence in Jeff Sessions following reports the president has “grown sour” on the attorney general since he recused himself from the Russia probe. The president reportedly feels that move is what ultimately let to the appointment of special counsel Robert Mueller.

Pressed at a forum, Conway affirmed the president’s confidence in Sessions.

“Why not a simple yes?” the interviewer asked.

But later Wednesday, White House Deputy Press Secretary Sarah Huckabee Sanders directly contradicted Conway’s claim that Trump's confidence in Sessions is unwavering. Instead, Sanders insisted—for the second day a row—that she as not "had a chance to have an extensive conversation with [Trump]" about his confidence in the attorney general.

Does Trump have confidence in Jeff Sessions? Sarah Huckabee Sanders: “I haven’t had a chance to have an extensive conversation with him."
— Matt Viser (@Matt Viser) 1496864442.0

Watch the video below, via @MissBeaE: