Kellyanne Conway: Trump's tweet confirming he's being investigated was meant to be 'ironic' 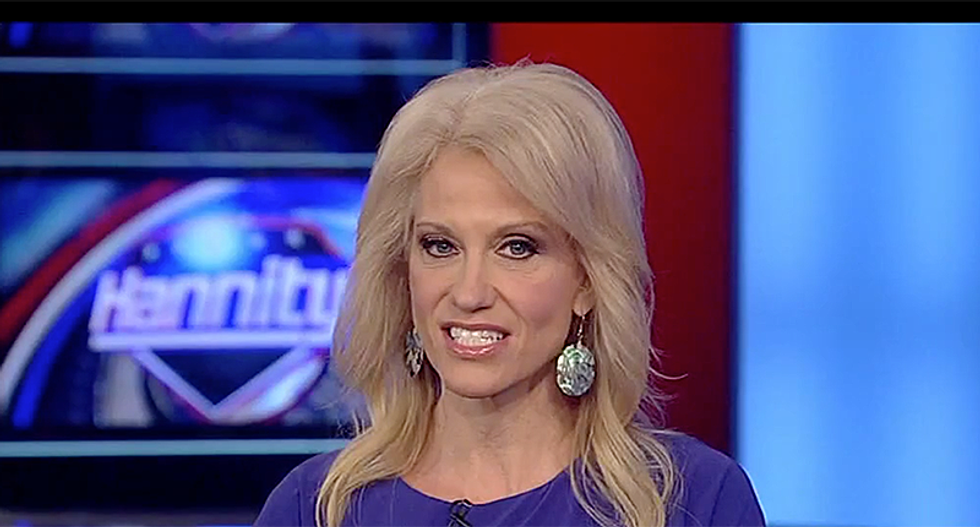 Trump adviser Kellyanne Conway told Fox & Friends on Monday that President Donald Trump's tweet that confirmed he's being investigated for obstruction of justice was meant to be an ironic commentary on the supposed absurdity of the Russia investigation.

Conway was on Fox to help clean up the contradiction between Trump's Friday tweet in which he confirmed he was being investigated and Trump attorney Jay Sekulow's statement on Sunday that the president was not under investigation.

During the segment, Conway claimed that Trump was only responding to a Washington Post report about him being investigated, and not a confirmation that the investigation was really taking place.

"That’s the President responding to a Washington Post report that included five anonymous sources," Conway said. "And that’s the President in his 140 characters, through his significant social media platform, Ainsley, telling everybody, 'wow, look at the irony here.'"

Conway also bemoaned during the segment that the Russia investigation was costing American taxpayers "tens of millions" of dollars.