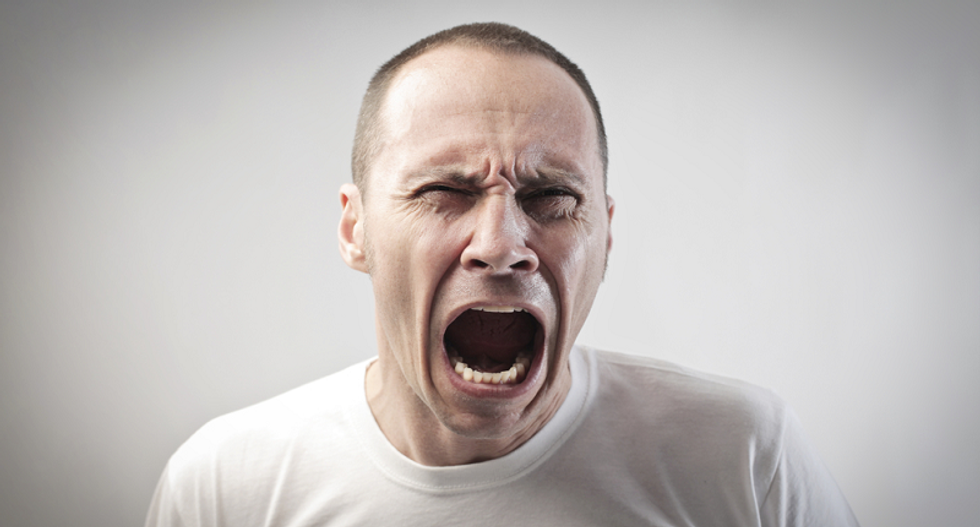 According to Slate, two Twitter accounts posing as Vox employees posted violent anti-Republican messages to "raise awareness" about the GOP's Obamacare repeal bill and it's "consequences."

The now-debunked infographic about the Affordable Health Care Act that bore the Vox logo seemed legitimate until the very end, when it claimed that "killing 3 GOP senators prevents 10 9/11s." The now-deleted tweet came from Twitter user @DudeSlater, who previously claimed to be editor-in-chief of Vox.

After Ezra Klein (Vox's real editor-in-chief) asked the user to take it down, he did -- and later spoke with Slate about why he posted the false infographic in the first place.

The man identified himself as Alexander Cohen, an insurance agent in Chicago, and said his only association with Vox "is the tweets they sent saying I have no affiliation with Vox."

“If this does raise awareness of the AHCA’s consequences, then I would regard it as a positive development,” Cohen said of his "parody" tweet. “However the purposes of these actions were strictly for entertainment. I did not foresee it reaching many people who would not understand it was a joke.”

New Republic contributor Malcolm Harris, whose handle is @BigMeanInternet, also posed as a Vox employee and tweeted "if the shooter has a serious health condition then is taking potshots at the GOP house leadership considered self defense?" Cohen denied any involvement with Harris, and Vox also denied that he is not employed by the website.

Despite Vox and Cohen both admitting that the infographic was fake, it was still publicized by right-wing media sites like the Daily Caller, FrontPage Magazine and the Gateway Pundit. FrontPage claimed it was evidence of "the left’s hate matrix in action," and said tweets like that were "part of the reason why the shootings happened."