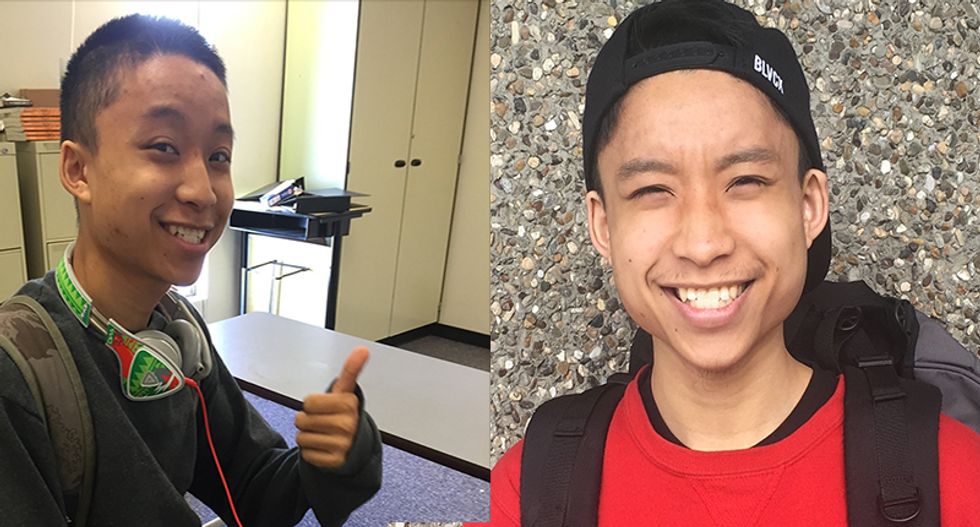 It was the night before his college graduation and 20-year-old Tommy Le was shot and killed by police because they said that tasers "were not effective" in subduing him.

The bizarre story of the student surrounds the King County Sheriff's Office in Washington state, which received multiple calls about gunshots in a neighborhood, the Seattle Times reported. When they arrived, a homeowner said that Le had chased after him with a "knife or some sort of sharp object." The homeowner admitted that he was previously chasing his friend and it is unclear if he had a weapon while doing so. The homeowner fired "warning shots" into the air and shut his door behind him. He claimed Le pounded on the door and stabbed it with the sharp object yelling that he was "The Creator."

When police arrived the ordered him to drop his weapon but there may have been some confusion since the "weapon" was actually an ink pen. The sheriff's office didn't release that information for a week, however.

“I’m so angry,” his father, Sunny Le, told the Seattle Times this week. “I want to know what happened to my son.” The report explains that Le only weighed approximately 100 pounds.

The aggressive assaliant also doesn't match up with the person that teachers and classmates knew Le to be.

“I could tell you 100 people I would have imagined this happening to before him,” said Career Link director and teacher Curt Peterson. “If we had a discipline file on Tommy it would be completely empty. He was the sweetest kid in the world. He didn’t have an aggressive bone in his body.”

Fellow student Nafisa Mohamednur agreed. In a heartfelt tribute Facebook, she described Le as “one of the best classmates I could ever ask for,” noting he always had fellow classmates laughing.

"I'm gonna life right and see where it takes me," Le told Mohamednur.

"He loved life even though he was having a tough time he didn't let that stop him or slow him down if any it made him strong, outgoing, an amazing friend and classmate," she said.

Toxicology tests are being done to see if Le was under the influence of anything at the time of his death.