'Like buying an iPhone': Fox analyst says gun was likely legal and 'rifles can be carried openly on street' 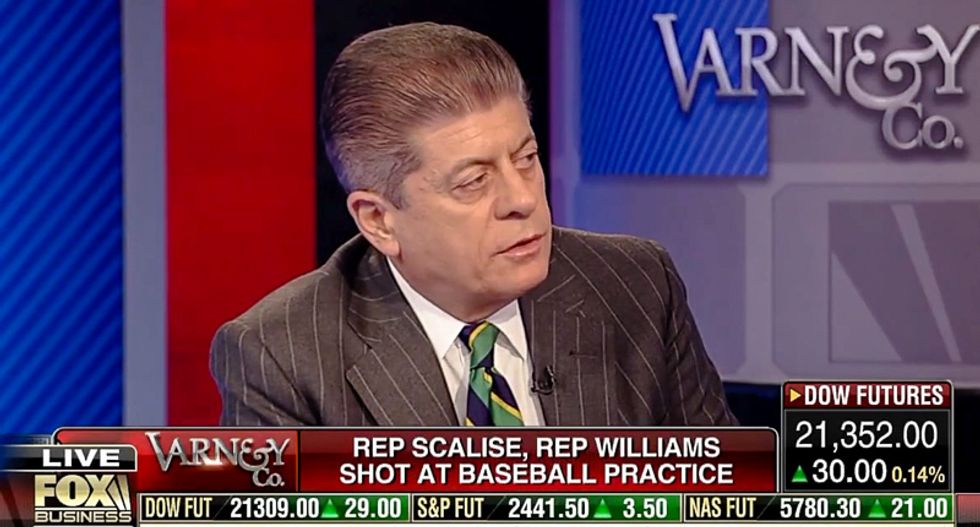 Fox News senior legal analyst Andrew Napolitano pointed out that the assault-style rifle that was used in the shooting of a Rep. Steve Scalise (R-LA) and four others was likely purchased legally.

"A rifle used in Virginia does not require a license or a permit," Napolitano explained, "and can be carried openly on the street. So presumably, the weapon was lawful."

The legal analyst conceded that it was "possible the weapon had been stolen, we don't know."

"But in Virginia, a rifle is lawful, just to go to the store like you go and buy an iPhone and carry it on your belt," he added. "It's unusual that there would be a scope on the rifle. It is clear that this is something that was planned or plotted because the scope and the quantity of bullets."