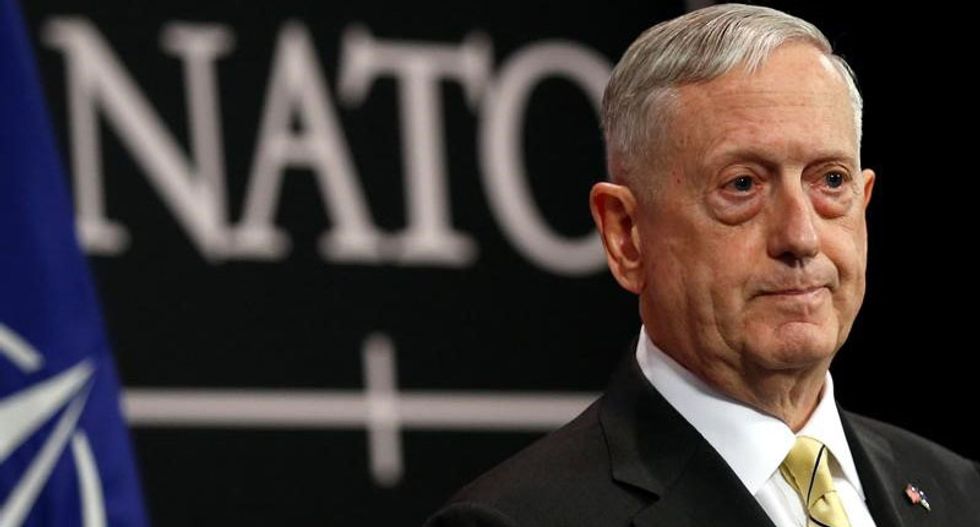 The United States is encouraged by China's efforts to restrain North Korea but Washington will not accept Beijing's militarization of islands in the South China Sea, U.S. Defense Secretary Jim Mattis said on Saturday.

The comments by Mattis, during the annual Shangri-La Dialogue forum, show how U.S. President Donald Trump's administration is looking to balance working with China to restrain North Korea's advancing missile and nuclear programs while dealing with Beijing's activities in the South China Sea.

Mattis said the threat from North Korea was "clear and present" and that Pyongyang had increased its pace of pursuing nuclear weapons.

The United States has struggled to slow North Korea's nuclear and missile programs, which have become a security priority given Pyongyang's vow to develop a nuclear-tipped missile capable of hitting the U.S. mainland.

The Trump administration has been pressing China aggressively to rein in its reclusive neighbor, warning all options are on the table if North Korea persists with its weapons programs.

"The Trump administration is encouraged by China's renewed commitment to work with the international community toward denuclearization," Mattis said.

"Ultimately, we believe China will come to recognize North Korea as a strategic liability, not an asset."

The United States would work with countries in the region to put new diplomatic and economic pressure on North Korea, he added.

The U.N. Security Council on Friday expanded targeted sanctions against North Korea after its repeated missile tests, adopting the first such resolution agreed by the United States and China since Trump took office.

In another sign of increased pressure on North Korea, Japan's navy and air force began a three-day military exercise with two U.S. aircraft carriers in the Sea of Japan on Thursday.

Allies around the world have been concerned about the commitment of the United States since Trump took office on Jan. 20 because of his "America First" rhetoric and expectations that he would concentrate on a domestic agenda.

Mattis sought to ease concerns for allies in the Asia-Pacific, saying the region was a priority and the primary effort was alliance building. He added, however, that countries must "contribute sufficiently to their own security."

"While competition between the U.S. and China, the world's two largest economies, is bound to occur, conflict is not inevitable," Mattis said.

While eager to work with China in dealing with North Korea, Mattis said that the United States did not accept China placing weapons and other military assets on man-made islands in the South China Sea.

"We oppose countries militarizing artificial islands and enforcing excessive maritime claims," Mattis said. "We cannot and will not accept unilateral, coercive changes to the status quo."

China's claims in the South China Sea, through which about $5 trillion in ship-borne trade passes each year, are contested by Brunei, Malaysia, the Philippines, Taiwan and Vietnam.

Mattis also said "extremist groups" must be defeated not only in Iraq and Syria but also in Southeast Asia and that the United States was working with countries in the region to improve information sharing.

Philippine troops have been battling rebels owing allegiance to Islamic State for more than 10 days in a southern city.