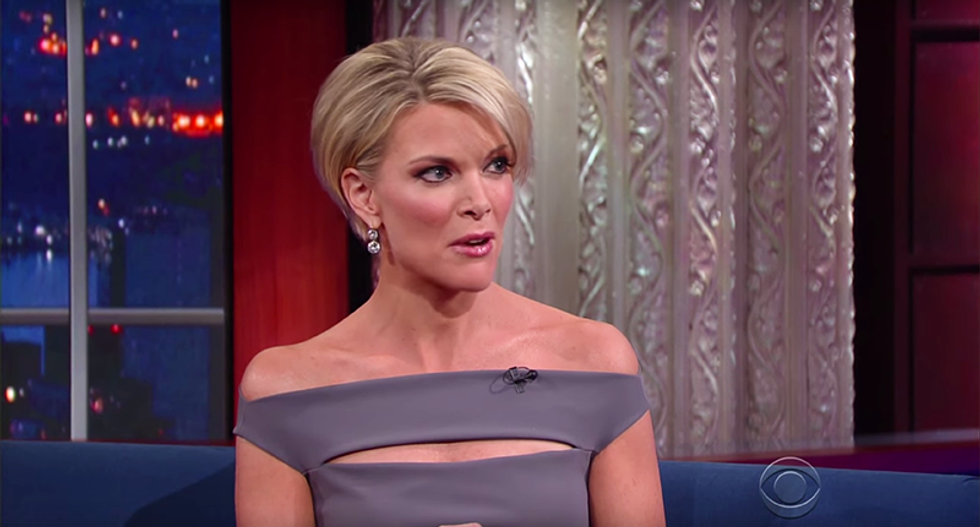 Megyn Kelly was dropped as the host of a gun violence prevention program over her interview with Sandy Hook "truther" Alex Jones.

The former Fox News anchor profiled Jones, who has claimed the 2012 elementary school shootings were a "false flag" operation by the government, in her new job with NBC News.

Sandy Hook Promise, a nonprofit organization aimed at preventing gun violence, announced Monday that Kelly would no longer serve as master of ceremonies at the annual Promise Champions Gala scheduled for Wednesday in Washington, D.C.

Her interview with Jones is scheduled to air Sunday.

"This decision was spurred by NBC’s planned broadcast of Kelly’s interview with conspiracy theorist Alex Jones, who believes the tragedy at Sandy Hook Elementary in Newtown, CT, was a hoax," said Nicole Hockley, the group's co-founder and managing director.

Hockley called on Kelly and NBC News to reconsider the decision to broadcast the interview with Jones -- who also wants the program to be canceled because he's unhappy with unflattering lighting and edits made to his remarks.

The scheduled program has also lost an advertiser in J.P. Morgan Chase & Co., whose chief marketing officer said she was "repulsed" that Kelly "would give a second of airtime to someone who says Sandy Hook and Aurora are hoaxes."