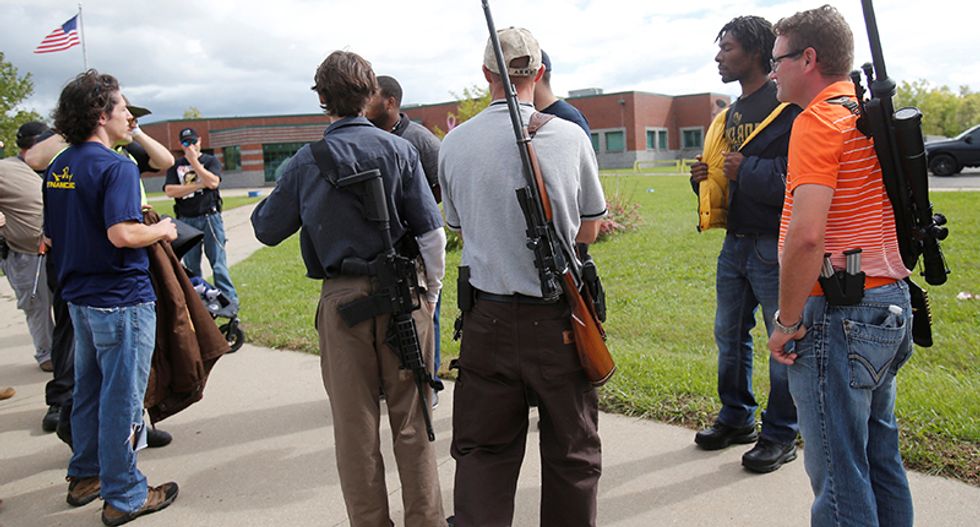 Legislation to allow Michigan gun owners to carry a concealed handgun without a permit was approved in the state House of Representatives on Wednesday, in a move that follows the lead of a dozen other states.

The package of four bills, which cleared the Republican-controlled House with support from a handful of Democrats, now moves to the Senate, also dominated by Republicans.

It was not immediately clear whether Michigan's Republican Governor Rick Snyder supports the bill. But the measure, if also approved in a Senate vote, could automatically become law 14 days after reaching the governor's desk unless he vetoes it.

The legislation would lift a requirement that handgun owners obtain a concealed pistol license with a $100 fee to legally carry the weapon in public.

Handgun owners also would be allowed carry a concealed pistol in public without the firearms training that is currently mandated.

Advocates framed the issue as upholding a U.S. constitutional right to bear arms.

"We all know criminals are not paying fees, taking classes and waiting for approval to come in the mail before they begin carrying guns," Michigan state Representative Michele Hoitenga, sponsor of the bill, said in a statement.

The legislation "levels the playing field for honest people," she said.

Opponents of the bill criticized it as dangerous.

Twelve other U.S. states already allow gun owners to carry their weapons without a concealed-carry permit, according to the Law Center to Prevent Gun Violence. Most are conservative-leaning with Republican-majority legislatures but Vermont, where Democrats control the statehouse, is among the 12.

"The states that have eliminated the permit requirement are basically making it easier to carry a gun in public than drive a car," said Hannah Shearer, a staff attorney with the San Francisco-based Law Center to Prevent Gun Violence.

Legislation introduced in the U.S. Congress this year would, if approved and signed by President Donald Trump, require all states to allow firearm owners to carry their guns under the regulations of their home state, even if visiting elsewhere.

For instance, a person allowed to carry a concealed firearm without a permit in North Dakota could do so when visiting California or New York state, where permits are required, Shearer said.