Missouri parole board played 'word games' for their own amusement while deciding inmates' fates: report 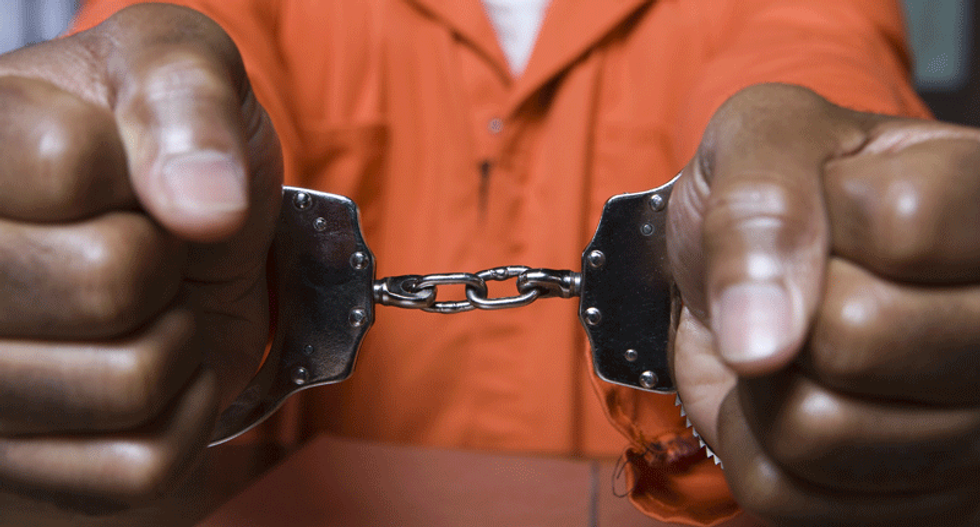 Close up of a prisoner hand's fettered with handcuffs (Shutterstock)

An investigation into the practices of the Missouri Board of Probation and Parole states that board members allegedly played private "word games" for their own amusement when deciding the fate of prisoners.

According to the St. Louis Post-Dispatch, Don Ruzicka, a member of the seven-member board, along with another unnamed government employee were accused of picking words they hoped to get inmates to repeat and then keeping score during parole hearings,

The allegations, contained in a Department of Corrections inspector general report completed on Nov. 1, 2016 -- and uncovered by the Roderick and Solange MacArthur Justice Center in St. Louis -- shows a history of toying with the inmates.

According to the report, the board members would select off-beat words such as “platypus” or “hound dog,” and would try an lead inmates into saying the word during their hearings.

After stating the predetermined word while interviewing an offender, the board member would be awarded a point. An additional two points were given if they managed to get the inmate to repeat the word.

According to the report, the word "hootenanny" was once selected for use in a hearing leading to the following exchange:

Ruzicka referenced the song “Peggy Sue.” He asked the offender if she was named after the song. The department employee laughed and said he was just trying to lighten the mood.

“Or you could just have a hootenanny,” Ruzicka countered.

“Yes, we could have a hootenanny,” the employee said, whispering that points would be counted.

Asked when she first used heroin, the offender said it was at a rave.

“I thought they might have called it a hootenanny,” said the employee.

“A what?” the offender responded.

“A hootenanny,” the department employee said. “A party.”

Ruzicka and the employee laughed again.

According to Amy Breihan, a lawyer with the MacArthur Justice Center, such behavior may have tainted thousands of cases.

"Who knows how many hearings were affected by this conduct?” she asserted. “Even in hearings where literal games were not played, one has to question how seriously parole staff are taking their duties.”

“These activities, so far as we are aware, have never come to light in the public’s eye,” said Mae Quinn, director of the Roderick and Solange MacArthur Justice Center. “They simply were not taking their duties seriously and their role as appointed officials and public servants seriously.”

The seven-member Missouri parole board is responsible for determining whether a person confined in the Department of Corrections will be paroled or given a conditional release, as well as overseeing supervision of thousands of people on probation and parole.

The human rights group has called upon Republican Gov. Eric Greitens to reform the committee and fire Ruzicka, a former Republican state representative who is paid an annual salary of over $85,000 plus benefits.