Morning Joe hammers Trump: 'Why does this man keep freaking out? This is how a guilty person acts' 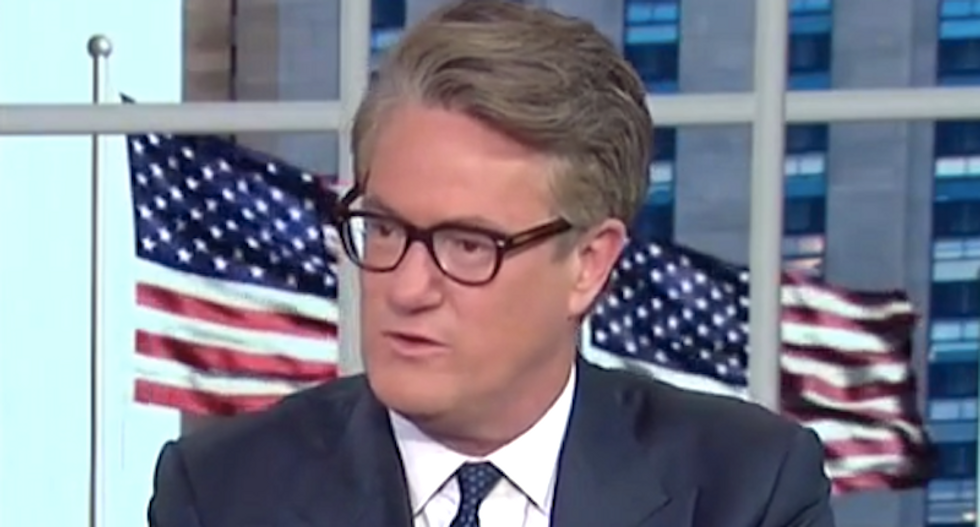 MSNBC's Joe Scarborough blasted President Donald Trump for signaling that he might fire special counsel Robert Mueller from leading the investigation into his campaign ties to Russia.

The "Morning Joe" host said Friday morning that removing Mueller, after firing FBI director James Comey, could finally cost him the support of congressional Republicans -- and he wondered why the president seemed so obsessed with ending the investigation.

"Why does this man keep freaking out?" Scarborough said. "This is how a guilty person acts. If somebody was investigating me, I'd say investigate, go ahead."

Veteran journalist Mike Barnicle reminded the host that former national security adviser Mike Flynn, possibly the most central figure in the investigation, is rumored to be close to cutting an immunity deal for his testimony in the case.

Panelist Donnie Deutsch pointed out that Trump has picked a fight with almost every institution except one.

Scarborough agreed, and added America's Germany, British and NATO allies to the list.