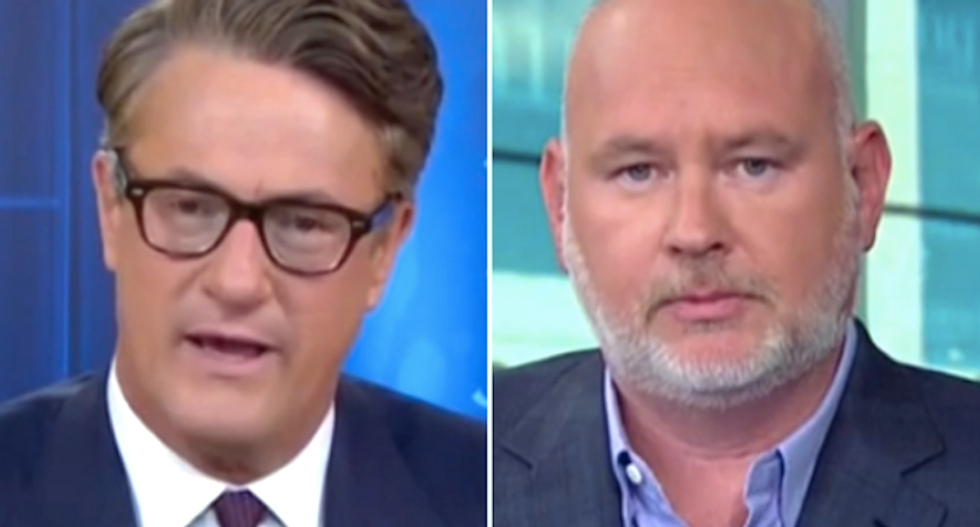 Republican strategist Steve Schmidt called out two GOP lawmakers by name to save their party from President Donald Trump -- but MSNBC's Joe Scarborough said the president was already trying compromise their integrity.

The "Morning Joe" host called on Republicans to challenge the White House narrative on the Russia investigation during James Comey's testimony Thursday before the Senate Intelligence Committee, and Schmidt urged the party's rising stars to escape Trump's orbit or risk their careers.

Scarborough reminded Schmidt that both Cotton and Rubio had been invited, along with Sen. John Cornyn (R-TX), to dine at the White House two days ahead of Comey's highly anticipated testimony.

"Donald Trump, again, being a schmuck thinking he can buy people's integrity by inviting them over to the White House and wowing them," Scarborough said. "I'm sorry, that's how he thinks -- I know that firsthand. He thinks if he invites you to the White House and gives you food that you are going to cut him a break, cut him slack."