'Most foul administration I have ever seen': Some Republicans split from Trump after constituents give them an earful 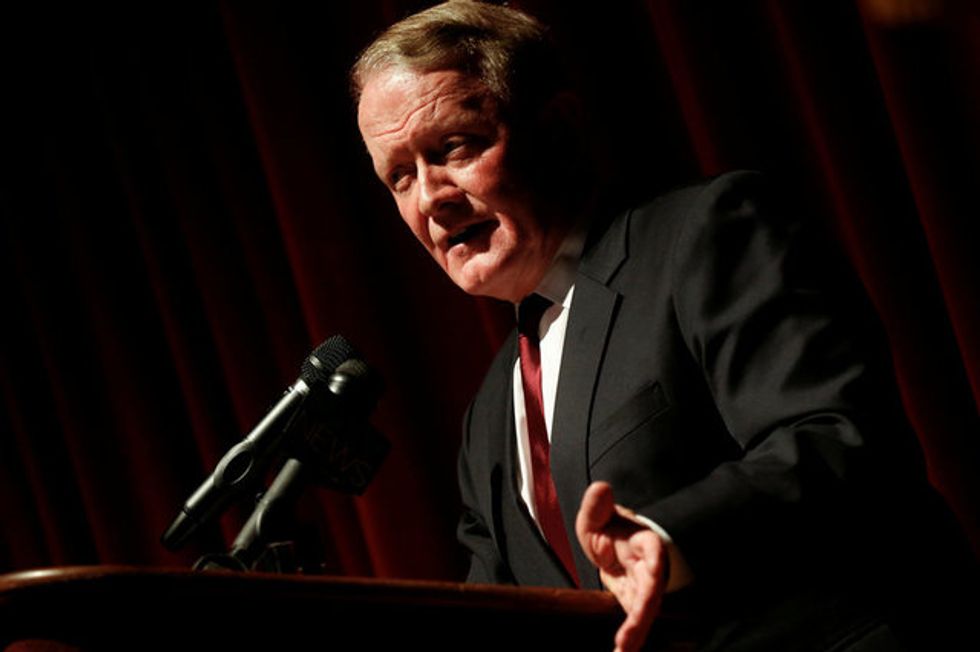 Appearing at a town hall in upscale Cranford, New Jersey this week, five-term Republican congressman Leonard Lance got a barrage of complaints from constituents about President Donald Trump.

"This administration is the most foul administration I have ever seen in my life. The stench that comes from Washington can be smelled in my hometown," said Martin Carroll of Watchung, New Jersey, who drew a standing ovation.

Another man, who identified himself as Alan, lambasted what he called the "criminality" of the Trump administration. "When will you call them out?" he asked Lance.

Lance, a mild-mannered 64-year-old, is one of many centrist Republicans who are feeling voter heat over Trump and are vulnerable to a backlash in next year’s congressional elections.

Democrats hope to make the 2018 mid-term elections a referendum on Trump. Any path they have for capturing the Republican-led House of Representatives runs through areas such as Lance's, one of 23 Republican districts that voted for Democrat Hillary Clinton in the 2016 presidential election.

In Lance's district, anger has risen over proposed cuts to domestic programs, Republican efforts to roll back Obamacare, President Barack Obama's healthcare overhaul, and allegations of collusion between Trump's campaign team and Russia, despite the president's denial of any such contacts.

At the Cranford town hall, the congressman made clear he has differences with Trump on issues such as the budget and a special counsel investigation into any links between Trump's campaign and Russian officials.

While Trump has called the Russia probe a "witch hunt," Lance said he believes it is necessary and that he will "let the chips fall where they may" when the findings come in.

Lance also questioned the economic assumptions underpinning Trump's budget and said he opposed its proposed cuts for the arts and environmental programs.

Of the 23 Republicans in districts that voted for Clinton, Lance has been among the more vocal in distancing himself from Trump. But there are others. Republican Representative Barbara Comstock of Virginia has said she could not defend Trump's decision to fire FBI Director James Comey.

Comstock and Lance were among 20 Republicans who voted against the Trump-backed Republican healthcare bill in May. Nine of those dissenters hailed from the 23 Republican districts where Clinton beat Trump in November.

In California, Republican Representative Darrell Issa has faced weekly protests in his district since Trump's inauguration in January.

Issa says he backs Robert Mueller, the special counsel in charge of the Russia investigation, and like Lance, he opposes Trump's proposed cuts to the Environmental Protection Agency.

But Issa infuriated Trump opponents with his backing of the healthcare bill.

"We saw your vote!" some chanted outside Issa's office, while others displayed the message "Repeal & Replace Issa" on a California bridge.

Still, the 23 districts, which have a majority of white voters and tend to be moderately well-educated and well-off, do not make easy targets for Democratic congressional candidates. Republicans have triumphed repeatedly in these districts during the past 20 years, winning 198 races to Democrats' 36.

And Republicans have won every U.S. House election in 11 of those districts since 1996.(For graphic on the districts: http://tmsnrt.rs/2rN3xb9)

Lance is rated a slight favorite to keep his seat by the Cook Political Report, a non-partisan election tracker.

Speaking after the Cranford town hall, Lance said he thought the crowd had been less contentious than those that had confronted him at recent constituent meetings. He thought his rejection of the healthcare bill was one reason.

"I guess I had to prove my bona fides," Lance said. "I vote with the president when I think he's right and I don't vote with him when I don't agree with him."

But Democrats note Lance had earlier backed Trump's healthcare bill in a House committee. Lance should have "tried to convince his colleagues to do the right thing, and he didn't do that," said Linda Weber, a 53-year-old bank executive who is one of four people already seeking the Democratic nomination to take on Lance next year.

Ed Harris, a retired attorney who attended the Cranford town hall, said Lance's rejection of the healthcare bill was a step in the right direction. Harris, an unaffiliated voter, said he voted for Clinton in 2016, though not enthusiastically.

"I thought the bubonic plague was better than Trump," Harris said. "I will support anybody who is opposed to Trump."

Voters like Harris pose a conundrum for Lance and other Republican moderates as they prepare for the mid-term elections. Differing with the president may help them win over centrists or independents, but then they run the risk of alienating Trump supporters.

Trump backer Wells Pikaart, a sales manager from Westfield, New Jersey, said he understands Lance's predicament but was nonetheless disappointed that the congressman did not vote in favor of the Republican healthcare bill.

"I think that he needs to use his time now to advance the president’s agenda," Pikaart said.