Mother under investigation for letting snake bite her baby and filming it for Facebook: 'I thought it was a good opportunity' 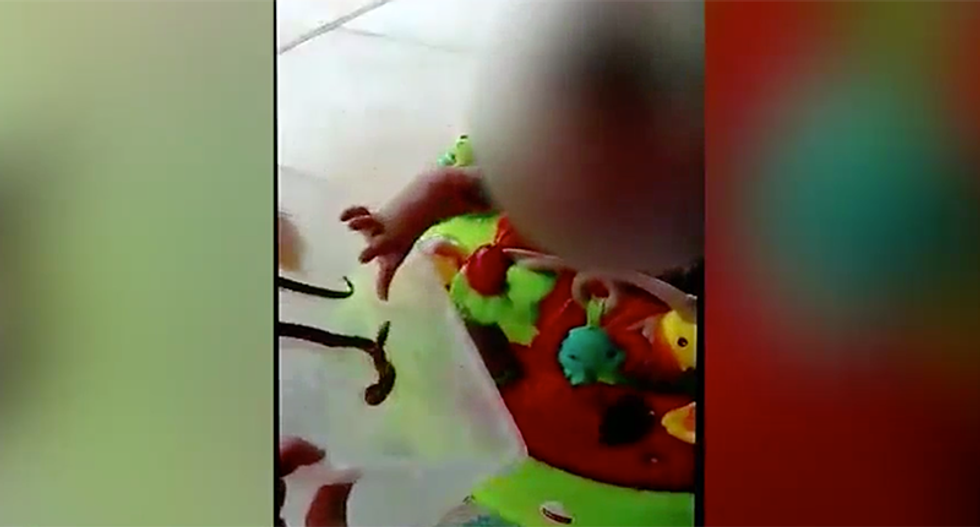 A Sebring, Florida woman is being investigated after a video surfaced showing a red rat snake biting her one-year-old daughter. The video has since disappeared, according to WFTS, but not before the local sheriff got involved.

"It had bitten me and my son and didn't leave a mark, several times," the mother said of the snake they found on their land outside of Sebring. "So, I thought it was a good opportunity to introduce her without actually getting hurt."

"People are too sensitive," she continued. "They just think that I hurt my child intentionally. The people that know me know that I would never hurt my children."

A deputy visited the home to interview the mother last week. She insisted that the snake was harmless because his teeth were too small to puncture the skin.

She lives on a rural 9-acre property and said that it is always important to her that she teach the children how to handle wildlife and what to avoid. She said that she grew up handling reptiles but now believes her methods are teaching her children a lesson.

"She's not scared of snakes but she doesn't want to touch them, either. That was my goal," the woman said.

Watch the interview below via WFTS News: