MSNBC’s Mika pounds Paul Ryan over Trump: ‘Don’t say he’s new at this -- you’re acting like he can learn’ 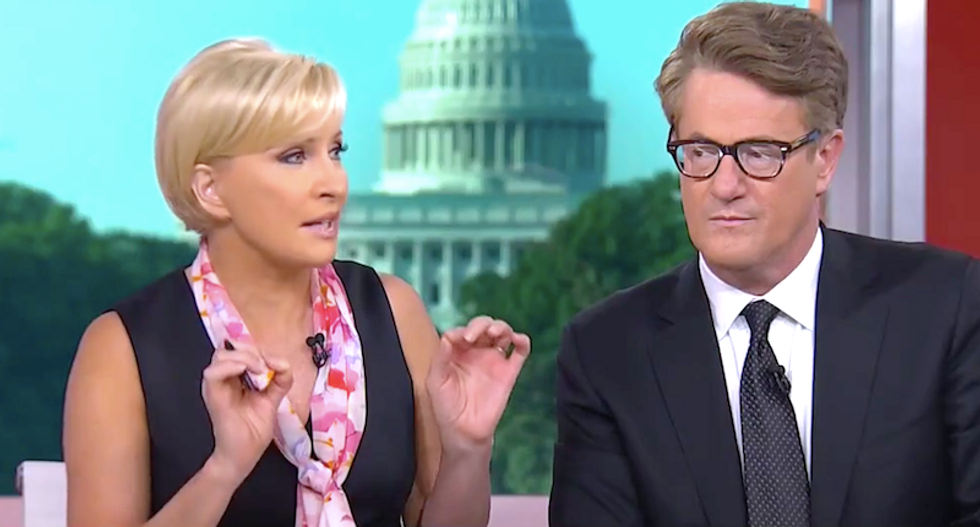 MSNBC's Mika Brzezinski hammered House Speaker Paul Ryan and other Republicans who are risking their careers and reputations for President Donald Trump.

The "Morning Joe" co-host urged GOP lawmakers to abandon the president, who she has questioned as unfit for office in a variety of ways -- and getting worse.

She shamed Ryan, who defended the president in the face of former FBI director James Comey's testimony by arguing Trump was a political neophyte.

"I wouldn't do this, I'm begging you not to do this," Brzezinski said. "Don't say he's new at this -- you're acting like he can learn. Let's take a look at the past six months, and anyone name a moment when this president has evolved in any way."

"If anything, what you have seen is someone who has devolved, who has really turned himself into a complete -- I think he called the media, like turning themselves into a pretzel when he would make fun of them," she continued. "I'm not trying to be funny. He has literally devolved to the point where there is concern about his health or about his ability to take in information and use it correctly. It's like a child, almost."