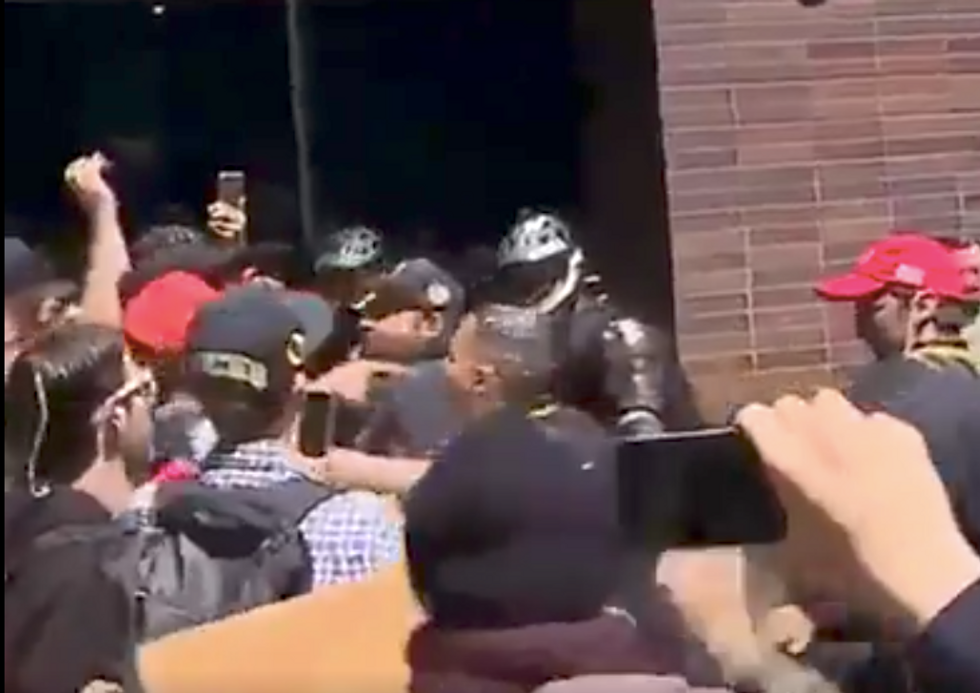 Protesters and counter-demonstrators collided during an anti-Muslim march in Seattle on Saturday, according to ABC News.

The Seattle incident was one of many so-called "anti-Sharia" marches staged across the country as right-wing protesters marched to protest against Muslims in the U.S. and to show their intolerance of Islamic culture, which they believe is inextricably entwined with terrorism.

TheHill.com said the marches were sponsored by far-right white nationalist organization ACT for America, a group the Southern Poverty Law Center (SPLC) has labeled as an extremist hate group.

ACT for America's members have convinced themselves that the U.S. is in imminent danger of being transformed into an Islamic republic, governed by the laws of the Koran.

Counter-protesters turned out en masse, beating drums and using noisemakers to drown out the right-wing demonstrators. Chanting, "Neo-Nazis go home!" the counter-protesters carried signs that said, "We stand with our Muslim neighbors" and other slogans.

It's not clear what sparked the violence between the two groups on Saturday.