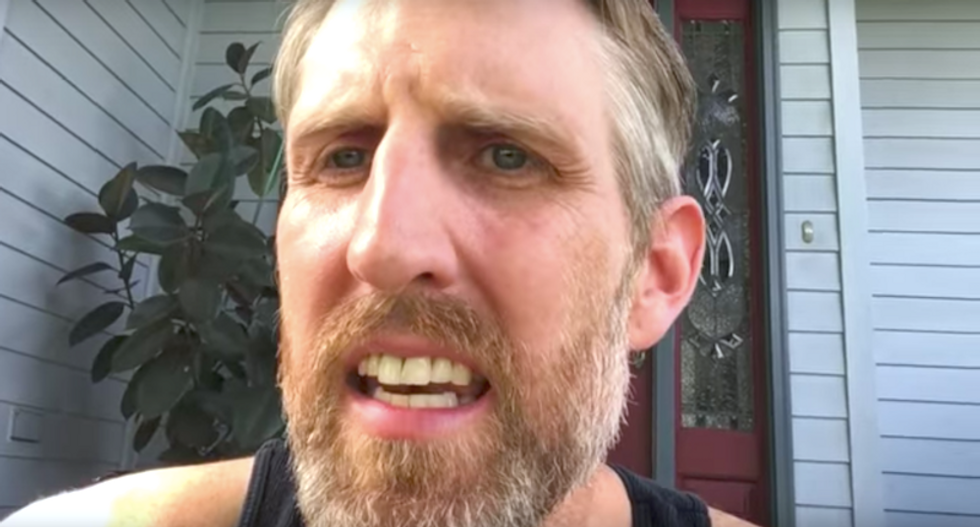 Nicholas Dean lost his job May 25 at Crescent Leadership Academy after he was photographed wearing an Iron Cross ring, skull ring, plastic helmet and homemade shield while attending a protest of the removal of Confederate memorials in the city, reported The Times-Picayune.

Dean denied his jewelry had Nazi associations, but he admitted in a right-wing podcast that others likely would consider him a white supremacist, and his hand-painted shield displayed a variation on the "come and take it slogan" popular with militia groups.

The former school administrator told the newspaper that he was only documenting the statue's removal as a student of history, and was not demonstrating, and he posted a video over the weekend that claims his firing was unfair.

"If I've made a mistake in any of this, it's not that I went to the memorial and had my photograph taken near a Confederate flag," Dean said. "It's not that I was wearing a skull ring or an Iron Cross ring. That's not the mistakes that I made. There's nothing wrong with those things. The mistake that I made was believing that multiculturalism, diversity, ethnic pride or heritage applied to me, too."

Dean discussed his views weeks ahead of his firing in a May 4 recording of the "Guerrilla Radio" podcast, where he explained that "Marxist" professors at Goddard College in Vermont had urged white students to hate their own heritage.

He worked for years at mostly black schools, including Crescent Leadership Academy, and he told the podcast host that he came to respect their views on racial identity.

"I started seeing how the black community looked at each other and how race and tribe is so powerful for them, and I really respected that," Dean said. "Even though they fight a lot, kind of tribally, there's a sense of unity among blacks that's just understood. That was when I began my own kind of identity, if you will, quest."

Dean also posted on the neo-Confederate group League of the South's Facebook page under the name "Nicholas Andrews."

He claimed in the video posted June 4 that he was targeted by a political opponent, and he complained that it was unfair to call him a racist because he displayed symbols associated with Nazi Germany and white nationalist groups.