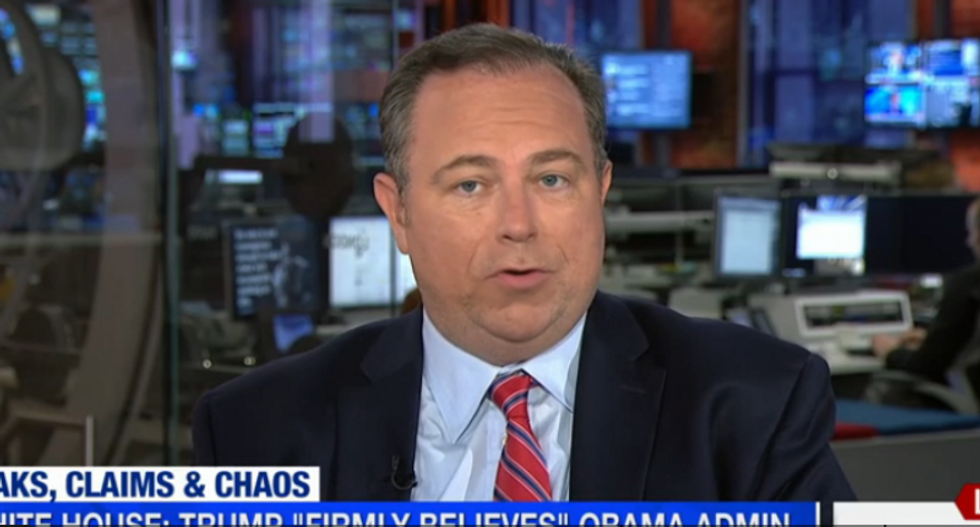 Newsmax CEO Chris Ruddy wants the White House staff to get a tighter grip on their horses and stop alienating what few allies they still have left.

After a visit to the White House Tuesday, Ruddy revealed that Trump is thinking about “terminating special counsel [Robert Mueller],” who is overseeing the Russia investigation.

Press secretary Sean Spicer didn't deny the claim. Instead, he issued a statement saying that Ruddy “never spoke to the President regarding” the special counsel, and that “only the President or his attorneys are authorized to comment.”

News about Mueller spread late Monday causing what White House correspondent April Ryan called "mass hysteria." In an interview with "Morning Joe" host Mika Brzezinski, Sen. Richard Blumenthal (D-CT) predicted that if Mueller was fired that there would be a "firestorm."