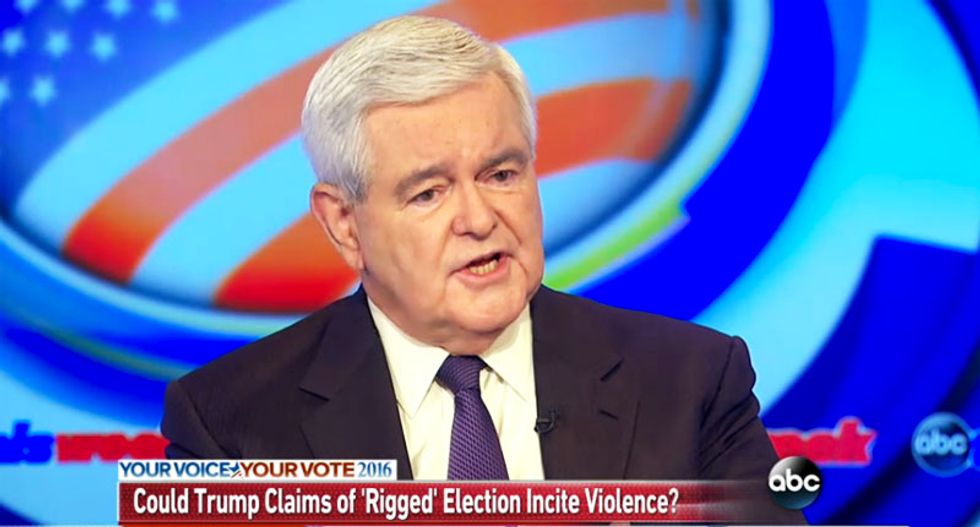 Former House Speaker Newt Gingrich appeared Tuesday on Good Morning America to argue that it's time for Republicans to pull the plug on Robert Mueller's investigation into Russian interference in the 2016 presidential election.

Gingrich pointed out that some members of Mueller's team have in the past donated to Democratic politicians, which he said would make them biased against President Donald Trump. ABC's George Stephanopoulos pointed out to Gingrich that he and his Republican colleagues fully supported special prosecutor Ken Starr's investigation into former President Bill Clinton in the 1990s, despite the fact that he had a history of giving to Republicans.

At this point, Gingrich pivoted and tried to use Kathy Griffin's tasteless stunt -- where she posed for a photo while holding up a likeness of Trump's severed head -- as justification to shut down the investigation.

"I think we're in a different world," Gingrich said. "And I think if you look at the intensity of where we are right now, whether it's somebody holding up the bleeding head of the president, or a New York play [an adaptation of Shakespeare's Julius Cesar] showing the assassination of the president... we are in a period where if people think this is going to be a neutral, professional investigation, I think they're delusional."