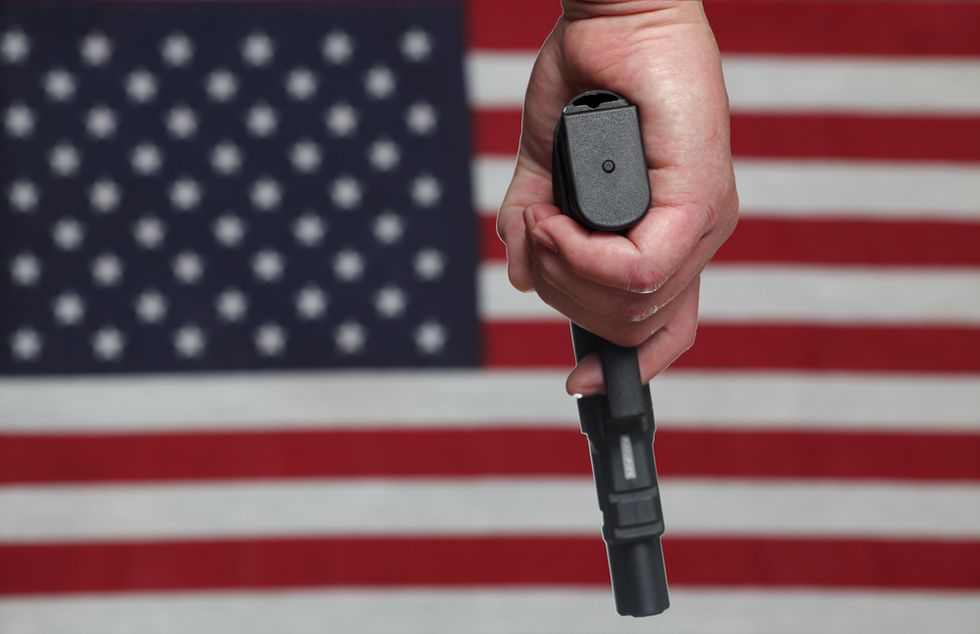 There were prayers and expressions of sympathy for the victims after a gunman opened fire on Republican lawmakers practicing for a charity baseball game, but no signs of a new push in the U.S. Congress to tighten gun-control laws on Wednesday.

In a country where there are almost as many guns as people, gun ownership is fiercely defended by firearms industry lobbyists and Republican politicians, who now control the Senate, the House of Representatives and the White House.

In addition to the shooting at a baseball field in Alexandria, Virginia, a man dressed in a UPS uniform and armed with an "assault pistol" opened fire at a United Parcel Service Inc package sorting hub in San Francisco, killing three people before turning the gun on himself, police said.

Also, one man was shot outside a shopping center near a major sports arena in New York City on Wednesday but it was not immediately clear who opened fire or how badly the victim was hurt, police said.

Despite the day's carnage, there was no immediate indication that President Donald Trump or his fellow Republicans would shift from their position protecting gun ownership rights. Pro-gun voters lean heavily toward the Republican Party.

Several House Republicans who attended a briefing following the shooting were asked by reporters about the need for gun control legislation. “Everyone was focused on the facts of the case” and what might be needed to enhance lawmakers’ security, said Republican Representative Barbara Comstock.

The lawmakers did not indicate gun control was discussed. Immediately following mass shootings, politicians typically are hesitant to talk about partisan legislative matters.

Aides to House Judiciary Committee Chairman Bob Goodlatte, whose panel would have jurisdiction, were asked if Wednesday’s shootings showed the need for legislation. A reply from Goodlatte, provided by aides, said his “prayers are with Congressman Steve Scalise” and the others injured.

Spokesmen for the National Rifle Association (NRA), the powerful pro-gun rights lobbying group and a Republican Party ally, were not immediately available for comment.

Democrats, who generally, though not uniformly, are more aggressive about gun control laws, expressed concern following the Alexandria incident, in which Republican Representative Steve Scalise and several other people were shot.

"There are too many guns on the street," said Virginia Governor Terry McAuliffe, a Democrat.

Senator Bernie Sanders, an independent who sought the Democratic presidential nomination last year, said, "We’ve got to stop the violence."

Democratic Representative Tim Ryan, who described himself as a strong supporter of gun rights, told reporters that "does not mean we should not have universal background checks" to gauge gun buyers' mental health and to check on whether they are on terrorism watch lists. "It is entirely appropriate to ask those questions," Ryan said of expanded gun control legislation.

Scalise, the No. 3 Republican in the House, has worked to oppose new federal gun controls that he has seen as an assault on the U.S. Constitution's Second Amendment right to bear arms.

"We don't expect the solutions to this issue ever to be found in the wake of a single tragedy no matter who is shot, no matter how horrific it is," Dan Gross, president of the Brady Campaign to Prevent Gun Violence, said in a telephone interview.

The Republican-controlled House this year passed a bill making it harder for veterans who have been deemed mentally incompetent to be turned down for gun purchases.

Gross said that despite the House vote, the measure "is not going anywhere in the Senate."

He also said gun control organizations have held back passage in Congress of legislation giving states with concealed weapons laws reciprocity in all other states.

A year ago, Congress was in a gun control debate after the shooting deaths of 49 people at a gay nightclub in Orlando, Florida.

Democrats ramped up their pro-gun control push, staging a filibuster in the Senate and a "sit-in" in the House to disrupt Republican-controlled proceedings. In the end, no legislation passed either chamber to tighten access to guns.

Chelsea Parsons, vice president for guns and crime policy at the liberal Center for American Progress, noted however, that since the 2012 shooting in Connecticut resulting in the deaths of 20 first-graders and six staff members at an elementary school, several states have imposed new limits on gun sales.

"There's going to come a breaking point in the disconnect between what Congress is willing to do and what the American people demand," Parsons said.