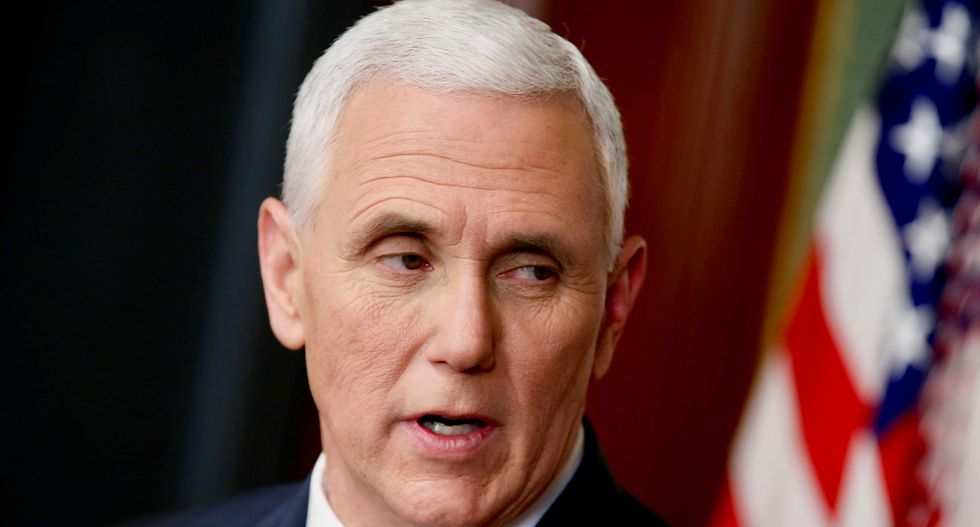 U.S. Vice President Mike Pence speaks before swearing in Ryan Zinke to be Secretary of the Interior, in Washington, U.S., March 1, 2017. REUTERS/Joshua Roberts

Legislation to repeal major portions of Obamacare and replace them with a new healthcare system will be enacted into law within months, U.S. Vice President Mike Pence said on Tuesday.

"I want to assure you, before this summer is over ... President Donald Trump and this Congress will keep their promise to the American people, and we will repeal and replace Obamacare," Pence said in a speech to a meeting of National Association of Manufacturers.

Republican leaders are trying to move a bill replacing the Affordable Care Act, former President Barack Obama's signature healthcare law known as Obamacare, to a vote on the Senate floor, possibly as soon as next week.

It was still unclear whether Senate Majority Leader Mitch McConnell can win the support of at least 50 of the chamber's 52 Republicans to ensure passage given the opposition of all 46 Democrats and two independents.

The measure is being written in secret and many Senate Republicans were saying they still had not seen detailed legislation.

Since Obamacare became law in 2010, Republicans have campaigned on repealing the program that extended insurance coverage to millions of additional Americans through both subsidized private insurance and an expansion of Medicaid.

The House of Representatives already has passed its version of an Obamacare repeal. While Trump initially celebrated its passage, he subsequently called the measure "mean," according to congressional sources.

An estimated 23 million people could lose their healthcare under the plan, according to the non-partisan Congressional Budget Office.