‘Of course Trump is going to claim something that is hollow and false’: Al Franken slams weird afternoon tweets 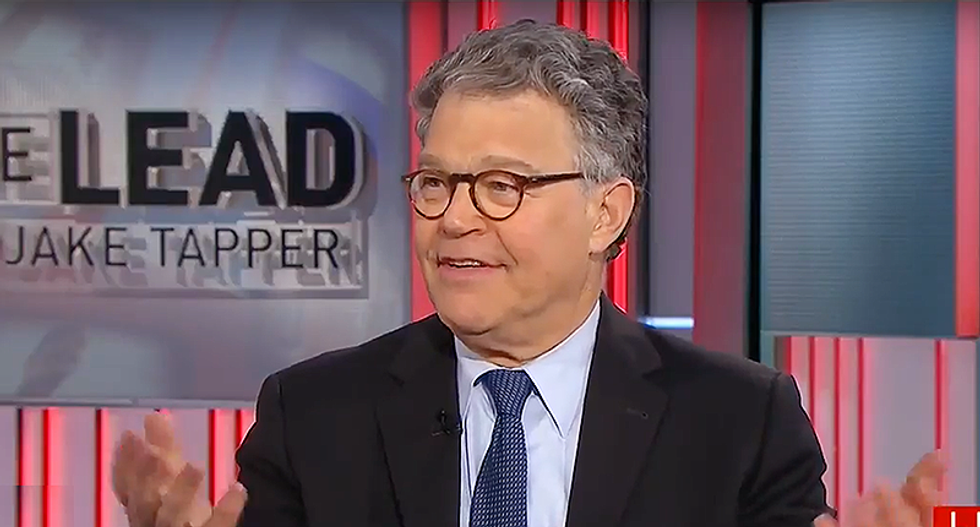 "It was you laughing, and you were laughing because [former United States Secretary of Homeland Security] Jeh Johnson did not say anything about there not being any collusion and President Trump tweeted something not true about what Johnson said," Tapper began the segment. "Tell people why you're laughing about that."

Franken laughed again saying "of course" Trump is going to claim something false because it's who he is and what he does best. "So, I just — I laugh a lot," he said.

Director of National Intelligence Dan Coats and Michael Rodgers told investigators that Trump suggested that they announce publicly that there was no collusion but like Comey, they didn't feel the president was ordering them to dismiss the probe.

Franken said that it doesn't necessarily prove that there was no evidence of obstruction of justice.

"How they felt it was what the president's intent was," Franken said. "And I guess if he's saying he's -- you know -- this is what happened in Watergate, right? That they were talking -- they were just talking about telling the CIA to tell the FBI to lay off. So, this is, you know, I think it's part of a pattern here, and that'll be up to Bob Mueller to decide, I think, whether it amounts to obstruction of justice, that's why we're glad we have him there."

Tapper cited a source that told Bloomberg Thursday that Trump didn't make this claim of "tapes" to intimidate Comey, rather he did it in a "strategic fashion to encourage Comey to tell the truth."

Franken wondered if the source was from the Trump administration and Tapper said that he assumes it is.

When asked about the health care law revealed by the GOP Thursday, Franken said that the Democrats wanted a health care law that fixed Obamacare, worked on lessening the expense of prescription drugs and avoids what the GOP is calling "risk corridors." At the same time, Franken said it guts Medicaid and gives a huge taxcut to the one percent.