'Oh, of course there is!': The View smacks down co-host insisting there's no evidence Trump obstructed justice 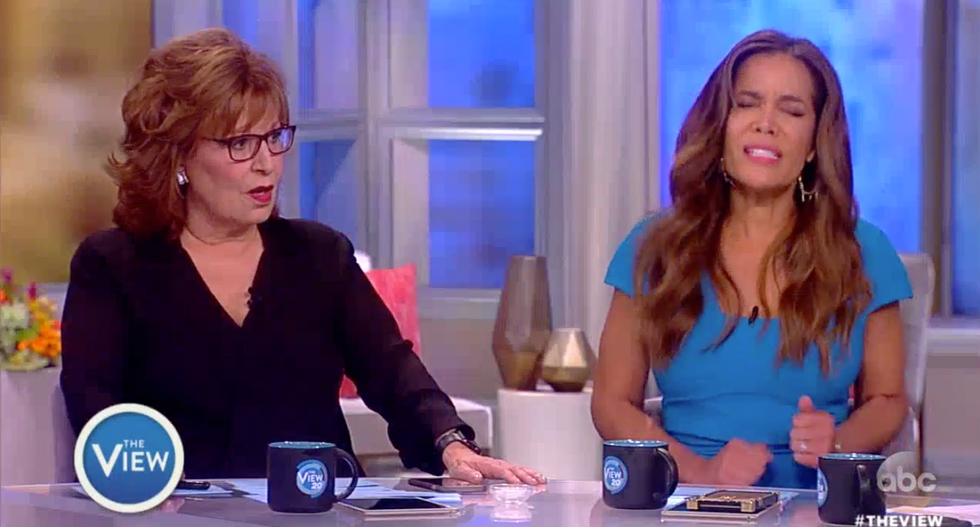 The women of “The View” on Friday shut down co-host Jedidiah Bila after she tried to argue James Comey’s testimony provided no evidence Donald Trump tried to shut down the investigation into Russia.

“Donald trump must really hate this guy James Comey,” Joy Behar began. “Not only did Comey sing like a canary but he also is now more famous than Trump, which really ticks him off”

“Is he a rat or a whistleblower?” Behar asked.

“I think it’s awful,” Bila replied, insisting Comey “is basically telling you as head of the FBI he had an agenda."

“He was a private citizen after being fired by the president,” Sunny Hostin noted.

Asked to explain why he makes her mad, Bila replied:

“I have a real problem with him,” Bila responded. “The big issue—there’s no implication of collusion with Russia,”

“We know that,” Behar replied.

“There’s no implication that Donald Trump tried to shut this investigation down,” Bila continued.

“Oh, of course there is!” Hostin shot back.

Watch the exchange below, via ABC: