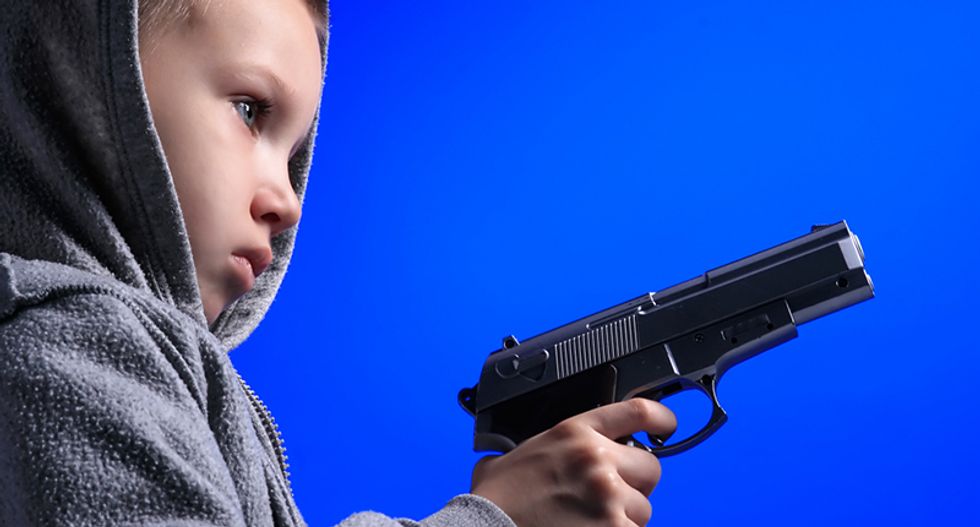 An Ohio police department chided gun owners about firearms safety after one local boy shot another while playing unsupervised.

An 8-year-old boy and 6-year-old boy were playing in a basement Thursday at a Columbus home when they found a loaded handgun, police said.

The boys were handling the weapon when it accidentally fired, shooting the older boy in the arm.

He was treated at a nearby hospital for the gunshot wound, but additional details about his condition were not released.

Police questioned adults present at the home at the time of the shooting, but no charges have been filed.

Officers said one of the adults took the gun from the home before police arrived.