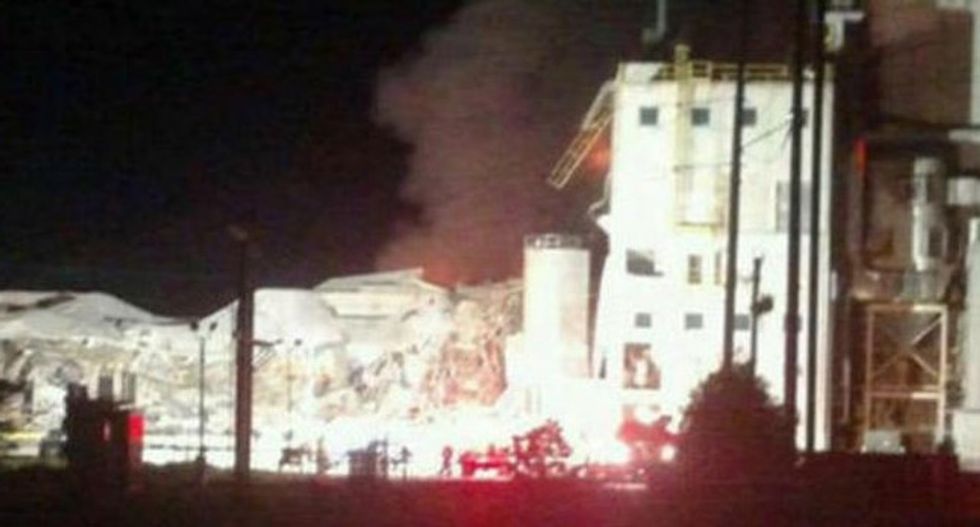 At least one person was killed, several were injured and two others left missing after a late Wednesday explosion and fire destroyed a Wisconsin corn milling plant, according to county officials and police.

Columbia County Sheriff Dennis Richards said at a news briefing on Thursday that 16 employees were working at the Didion Milling plant about 80 miles (130 km) northwest of Milwaukee, when the explosion occurred at around 11 p.m. local time (12 a.m. Thursday EST).

Several people suffered injuries and were transported by helicopter or ambulance to hospitals, Richards said, while two escaped unharmed and two remained missing.

"This is very difficult for everybody that's been there, including the families that sat for hours waiting for some type of information," Richards said.

Richards declined to name the deceased victim, and said he did not know the details about the type of injuries sustained by those wounded.

The sheriff's department and fire department were working with Didion Milling to determine what caused the blast. The investigation is ongoing.

Riley Didion, president of the family-run business that was established some 40 years ago, appeared at the news briefing but offered few details. Didion said it was too early to determine a cause for the explosion.

Along with dry corn mill, the plant also makes ethanol. It was unclear on Thursday whether the blast occurred in that part of the facility.