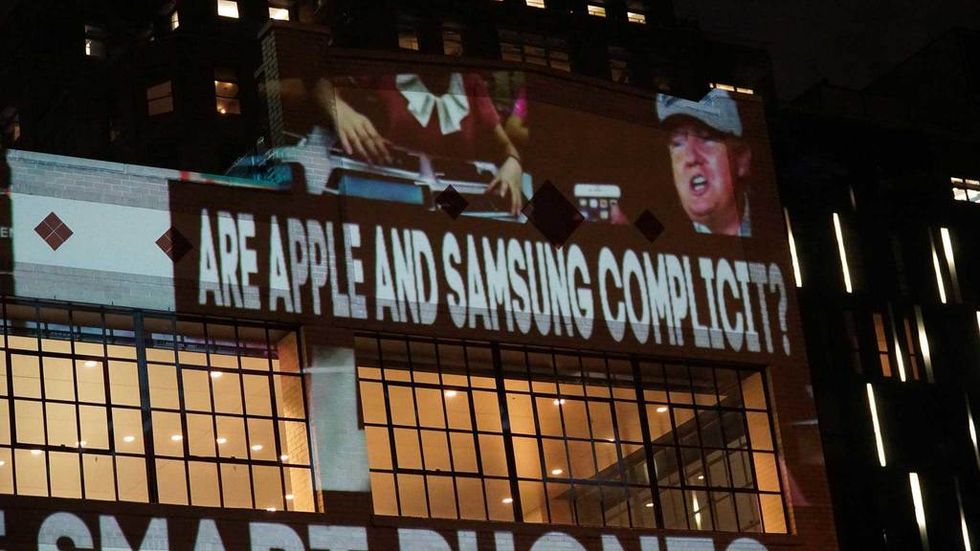 According to the producers of the expose film "Complicit", the action was the brainchild of Robin Bell from the DC-based Bell Visuals, and was intended to help promote the release of the Complicit film.

Along with Apple, the artist also slammed electronics giant Samsung, for having products manufactured in plants where workers are subject to working with harmful chemicals that endanger their lives.

The artist was also behind a recent light show at a Trump hotel reading, "Pay bribes here."

Pics from the action can be seen below: 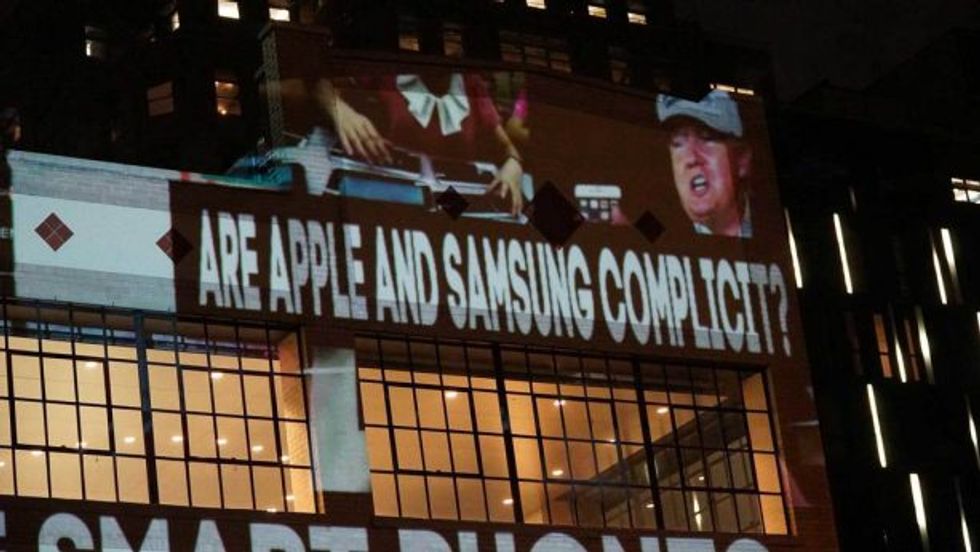 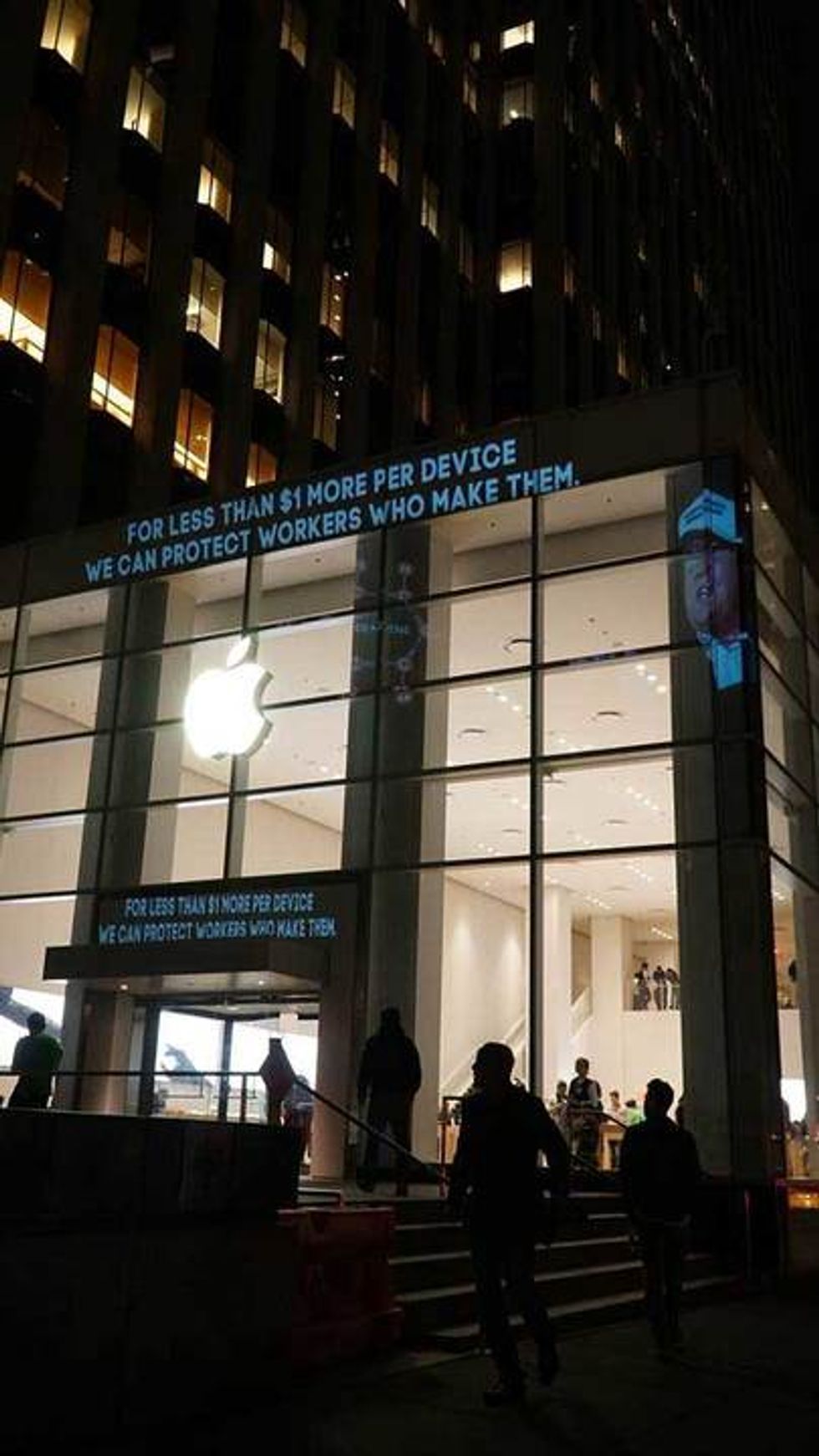 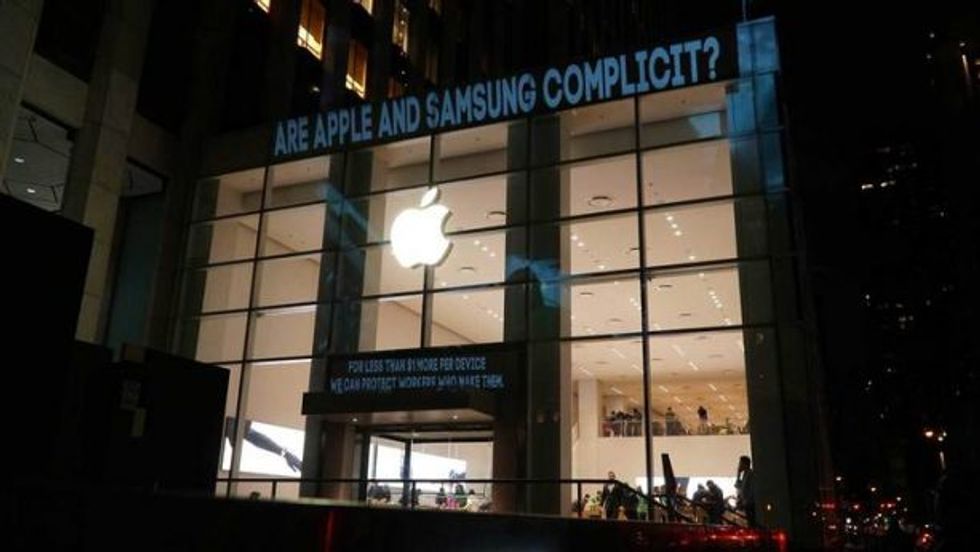 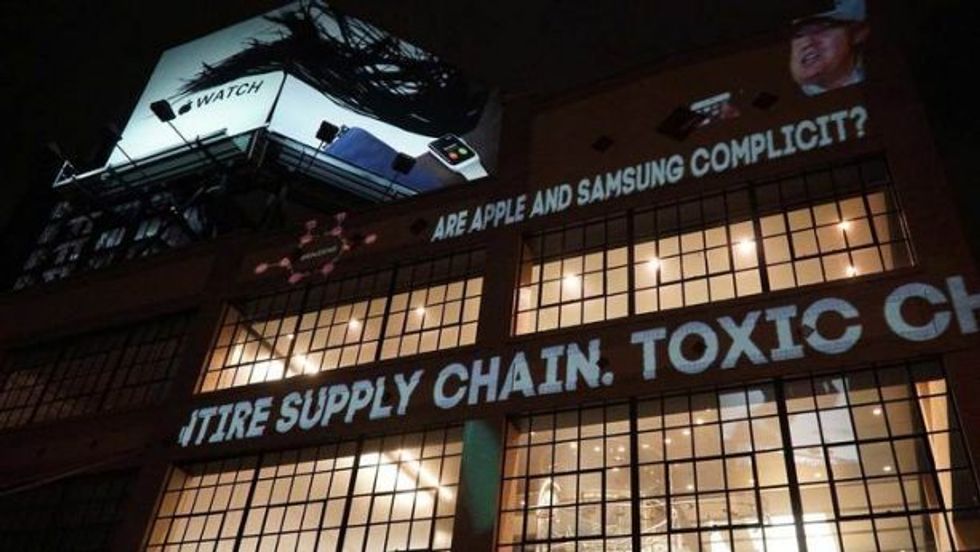