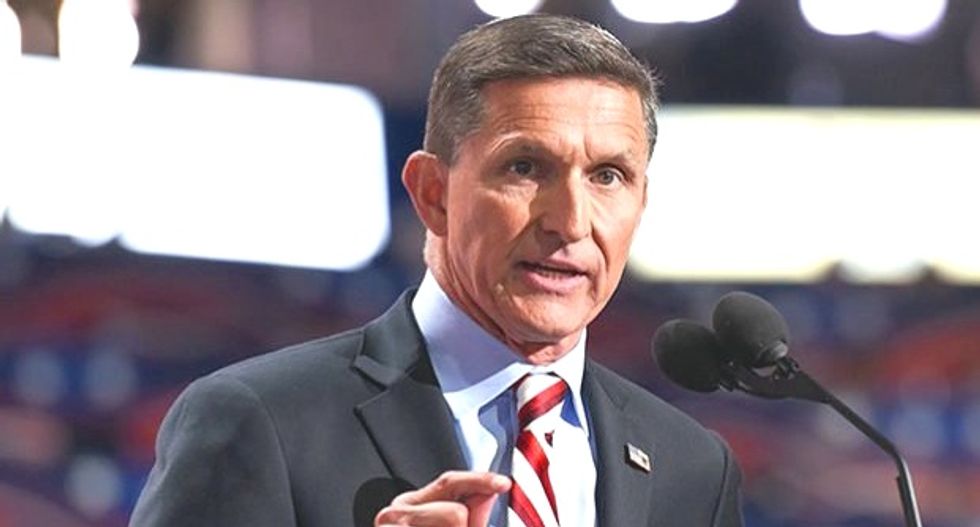 Four different sources tell the Daily Beast's Spencer Ackerman that Flynn "advocated for the expansion of a relatively narrow military communications channel — one meant to keep U.S. and Russian pilots safe from one another — to see if the two nations could jointly fight the so-called Islamic State."

Flynn's plan got major push back from the Pentagon, as officials there pointed out that Flynn's proposal might have been illegal if it were ever enacted, as the Republican Congress in 2015 passed a provision that barred any further expansion of the current U.S.-Russia back channel.

"Although the plan was 'ill-defined'... Pentagon officials were aghast at what they understood as a move by Flynn to sidle up to Russia — part of a closeness that ultimately got Flynn fired, and one that fit a pattern of extending an olive branch to a Kremlin that U.S. intelligence had concluded interfered in the presidential election on Trump’s behalf," reports Ackerman.

Revelations about Flynn's efforts to create an expanded back channel to Russia come after reports that Trump son-in-law Jared Kushner also tried to set up back channel communications with the Russians during the presidential transition period late last year.