Pentagon scrambles to de-escalate conflict between Russia and U.S. after Syrian airstrikes 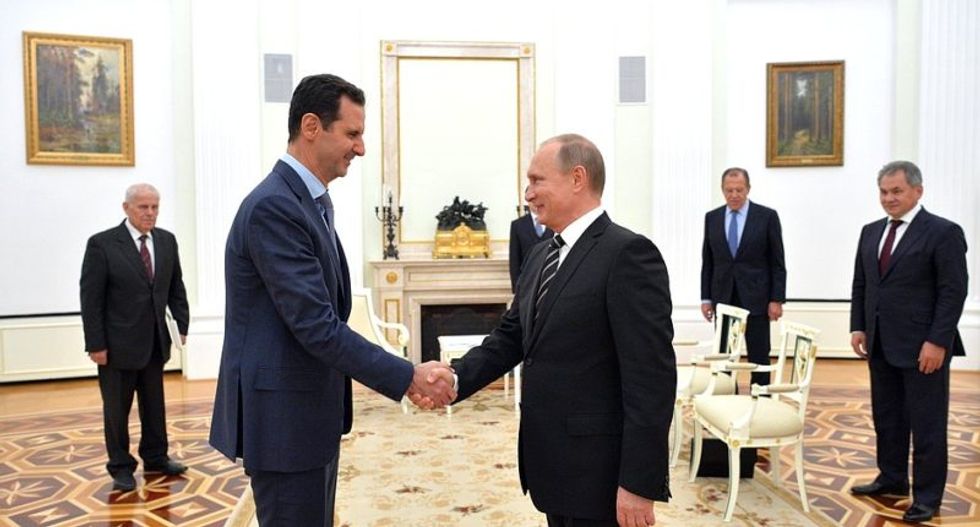 According to The Hill and The Guardian, the Pentagon is working to re-establish the "deconfliction" line between Russia and the U.S. following an American airstrike in Syria that drew condemnation from the Kremlin.

Gen. Joe Dunford, the Chairman of the Joint Chiefs of Staff, said during a press conference that "it’s going to require some diplomatic and military engagement in the next few hours to restore the deconfliction that we’ve had in place."

The prior deconfliction arrangement was set up in 2015 "to avoid mid-air collisions in Syria as both sides fight militant groups," and was broken on Sunday when American forces brought down a Syrian jet.

Although the Pentagon said the American strike complied with "the rules of engagement" in the deconfliction arrangement and was an act of self-defense as pro-Bashar al-Assad forces advanced on the U.S.-backed Syrian Democratic Forces, Russia (who remains allied with Assad) condemned the attack.

In the aftermath of the attack, Russian Deputy Foreign Minister Sergei Ryabkov called the strike "an act of aggression," and the Pentagon's scramble to re-establish deconfliction came amid the foreign ministry's announcement that it was "suspending its communications channel with US forces," thus making the likelihood of collisions in Syrian airspace higher.

Read the entire report on the Pentagon's attempts at Russian deconfliction in Syria via The Hill and The Guardian.