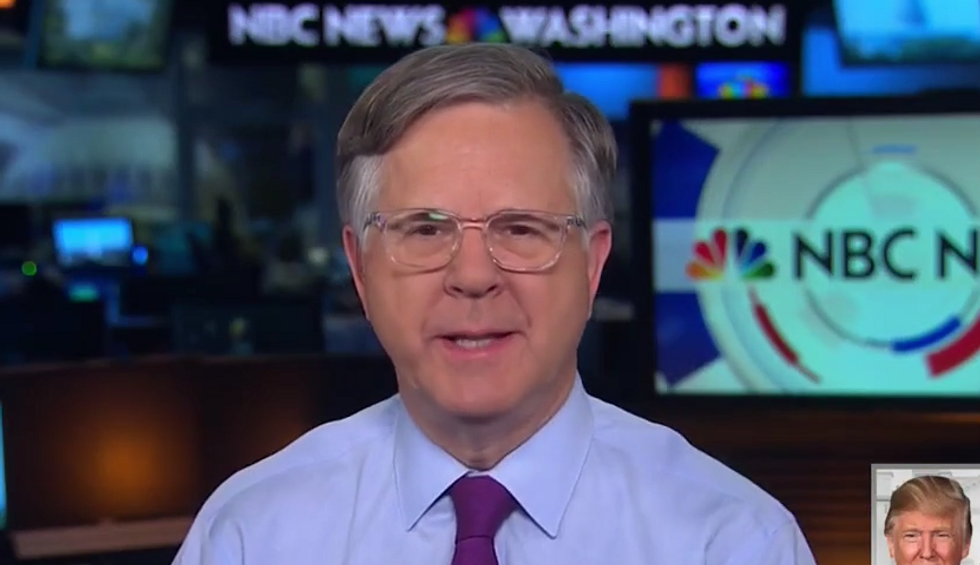 Appearing on MSNBC Friday, Williams said that the main purpose behind the complaints was simply to distract the American public from talking about Comey's blockbuster testimony on Thursday, in which he repeatedly accused the Trump administration of lying about his tenure at the FBI.

"Let's admit it's been very successful because it's what we're talking about now, and not what Mr. Comey said about the president," Williams began.

Digging into the substance of the complaints, however, Williams found little that could actually damage Comey for his testimony. Specifically, Williams called the complaint that is set to be filed with Department of Justice's Office of the Inspector General "somewhat quixotic" because when Comey sent a memo out to his friend to leak it to the media, he was no longer working with the government.

"Now arguably, when Mr. Comey was still in the government, he took the memo home, but if that's a sum and substance of the DOJ Inspector General's investigation, that would be pretty weak tea," he explained.

Williams was even more dismissive of Kasowitz's plan to file a separate complaint with the Senate Intelligence Committee.