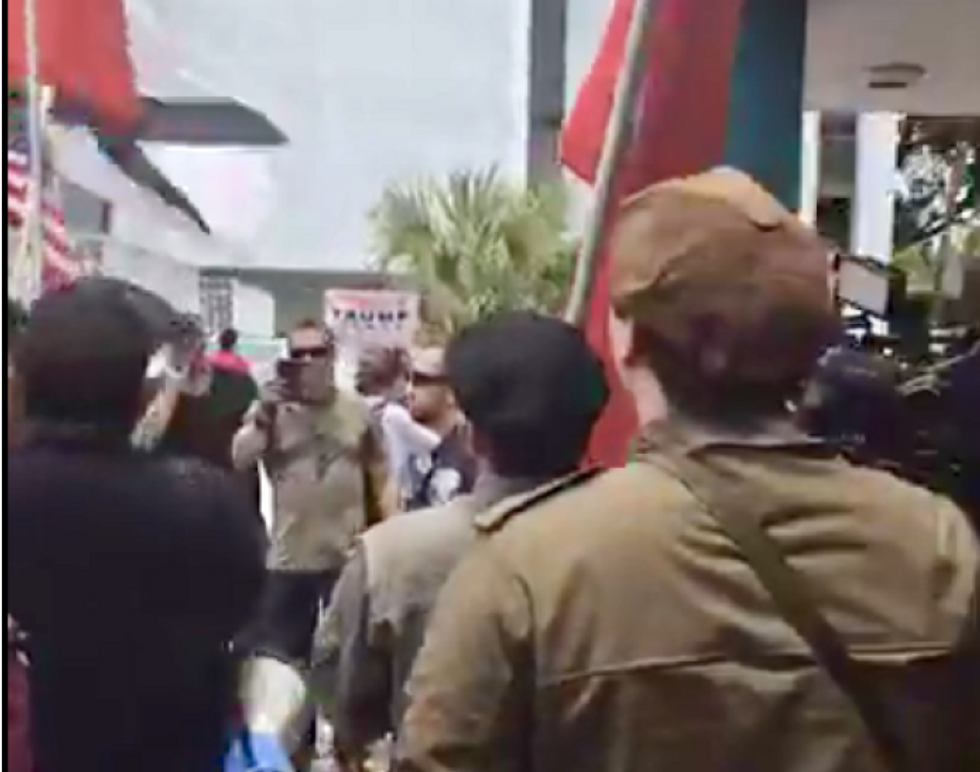 Rally-goers at a rally in Hollywood, FL (Screen capture)

A group of white supremacist protesters tried to disrupt a rally in Hollywood, FL on Wednesday by chanting "Trump! Trump!" at people demonstrating at City Hall to protest the fact that three streets in the city are still named after racist U.S. Confederates.

A smaller counter-protest formed on Wednesday of pro-Confederate white supremacists who waved U.S. flags and pro-Trump banners, then after chanting "Losers!" at the anti-Confederate demonstrators, they launched into chanting the president's name.

The chant mirrors what has been happening in schools across the country in which white students bully their black and Latino classmates by chanting Trump's name.

Among the counter-protesters was at least one man with known neo-Nazi associations, the New Times said. The group flew flags associated with the League of the South, a pro-Confederate organization that the Southern Poverty Law Center (SPLC) has deemed a racist hate group.

The pro-Trump chant begins at the 11-minute mark in the video embedded below: